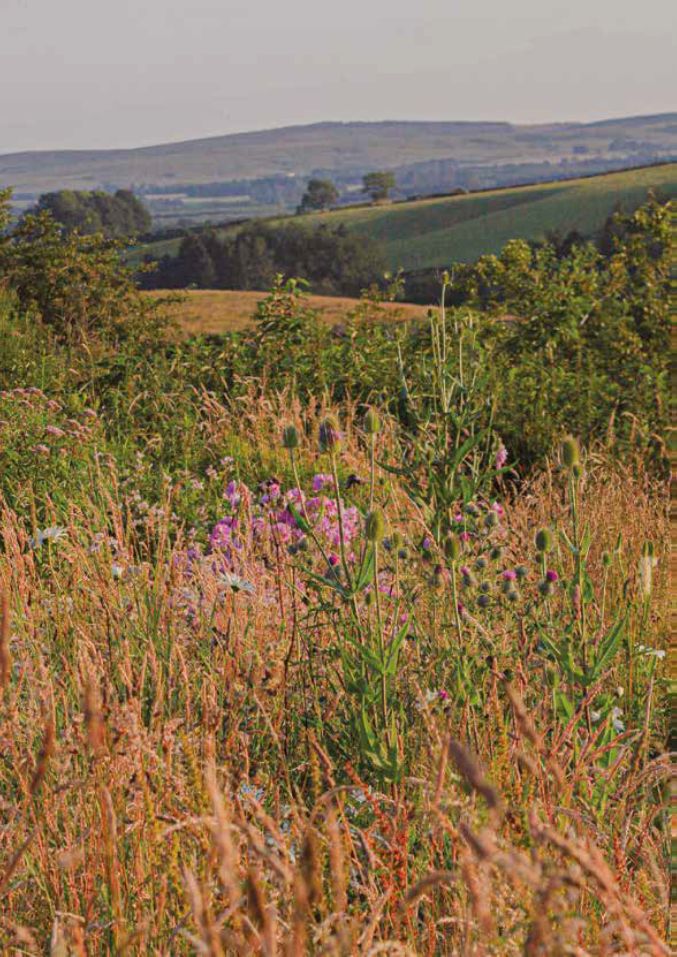 The Studio Meadow was created from necessity. When the studio was built, tucked down the slope out of sight of our neighbours, the spoil that was excavated was graded to make a curving path down from the orchard.

The spoil was a mish mash of soil – our soil is pretty random at the best of times with seams of clay and gravel, large boulders and rocks - but a few generations of farm dumping meant that there were bits of rusted machinery, blocks of compost, tangled fencing, bottles and all manner of things buried deep in the earth. We chose to keep and cover.

It gave us a space that could not be used to grow produce because of potential contamination, but which was on the daily commute from home to work.

It felt like it should be ‘something’. It felt like a potential experiment. At the same time, I was scaling back my cut flower business, clearing out the perennial cut flower beds. I moved all the unwanted plants and bulbs into the slope, scattered a bag of perennial ‘damp meadow’ seed and waited to see what would happen. What has happened has been a lesson in letting go.

The rules were that plants had to thrive or die – there would be no cossetting along – and that there would be as little maintenance as possible. The only weeds that would be controlled would be nettles, brambles and docks which we have in profusion elsewhere, and I would stop it from returning to woodland by taking out broom and willow seedlings.

Apart from that it would be left to its own devices. As meadow spaces go it really wasn’t promising – the soil was technically too fertile for a meadow, the seed bank was full of strong grasses – I thought that it might end up just grass flopping in the rain, squeezing everything else out.

To begin with that seemed to be what would happen – the first year the cutting flowers bloomed half-heartedly amongst wispy grass, it looked very patchy, bald, raw. But the second-year wildflowers began to appear amongst the steadily bulking grasses – some were ones I had sown, mallow tansy, ox eye daisies, but others, cow parsley, fox and cubs, harebells, plantain, yarrow were locals – blown in from the verges or buried deep I don’t know. Now – several years on – it is my favourite space, the most alive and inspirational part of the garden.

Every season is different. In the Winter the teasels stand tall above the bleached grass, goldfinches fluttering as I walk down to work, voles hiding in the thatch. In Spring cut flower bulbs appear, allium seem happiest but bizarrely flamboyant parrot tulips seem to be more settled here than in the main garden beds. Summer sees wave after wave of colour seen through the haze of grass – with spreading patches of flowers passing the torch around, bees and butterflies following the rhythm. Autumn is for seed heads, layer on layer of browns and greys, chattering birds feeding themselves up against the cold, a collapsing in.

In maintenance I have a light touch. Nettles and docks are dug out, as is broom. The chickens are fed here on Autumn and Spring afternoons – scratching up the grass thatch so that plants can seed into earth. If it all gets a little too lush in the future I might strim and rake the grass but so far we haven’t had to and I like that the collapsed stems give small creatures a cosy winter space.

As a gardener it has taught me that nature is the best plantswoman. No well-thought-out matrix planting has quite the same texture as one where plants self-seed and gently creep, no deliberately planned nature garden has quite the same consideration for insects. I now appreciate grass – there are 17 distinct types of grass, from tiny soft tufts a few inches tall, to towering plumes that are high above my head – and the way it is constantly in motion, the way it brings life.

It has also given me a much better understanding of plants, of which plants from my borders are happy in the hugger mugger competition of a strongly growing meadow – some are to be expected, astrantia, thalictrum and sanguisorba thrive there, a throw back to their grassland roots – but others are more surprising.

The stars of the meadow in May and June are great blowsy Oriental Poppies – reds and pinks amongst the grass flowers – and they are beginning to seed themselves down the slope, new colours springing up as they go. 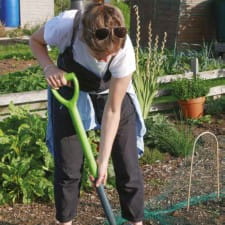 Fiona Barrows and the joy of the allotment 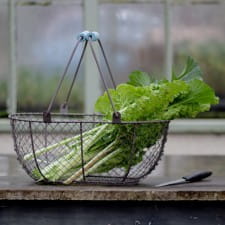 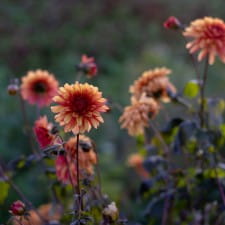 Overwintering Dahlias - What I do