The joy of a sitooterie 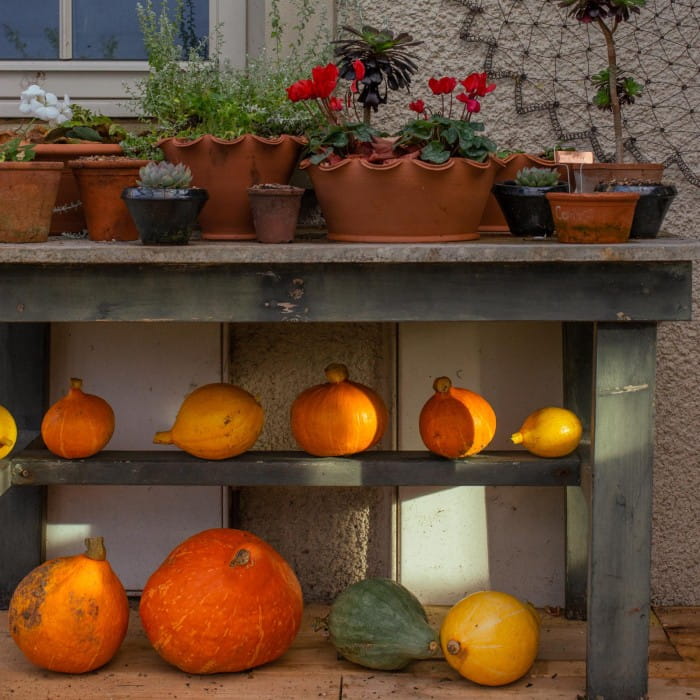 There is a thing in Scotland called 'a sitooterie' and I have always wanted one. If you look in the dictionary it is defined as a 'summer house or gazebo', "somewhere for the rare warm summer evenings" but that is far too fancy a definition. Far too posh and neat. A sitooterie isn't smart.

For the sitooteries I have long admired are ones tacked on or improvised, a lean to off the side of a shed with a wicker chair and a candle; a repurposed greenhouse gently dripping, but set up with a stove and proper coffee; an abandoned horse box overlooking the hills. It is somehow the way that the outside comes in that is the point.

And I would also argue with the idea that they are for languid summer evenings - no, for me the whole point is prolonging the time that you can be outside in Scotland - they are for Autumn and Spring and sometimes, if you are very lucky, for Winter.

The rain and wind threatening to come in, the dripping in the corners, the spiders and seed pods - this is somehow the point. They are somewhere to be both inside and outside, hands around a cup of tea, taking it all in. 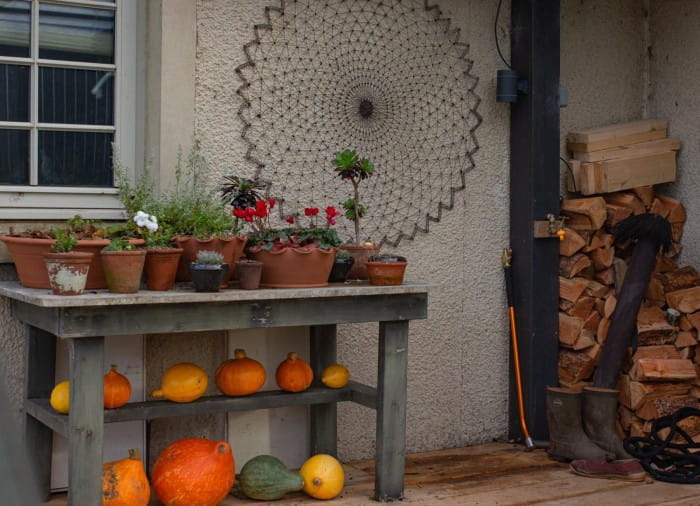 I am a great reader of novels by Anne Tyler - they are set in Baltimore and the characters seem to spend much of their time putting up or taking down porch screens. The porches feature so much that they are almost a character themselves. I have never spent time in Baltimore or on a screened porch but it occurred to me that these may well be a type of sitooterie - a space thinly divided from outside, .

I may well be wrong about this - they may indeed be very spruced up indeed - but it gave me an idea and I asked Euan how difficult it would be to tack temporary screens on the deck that is at the back door. Moveable screens that could be stored over the summer. 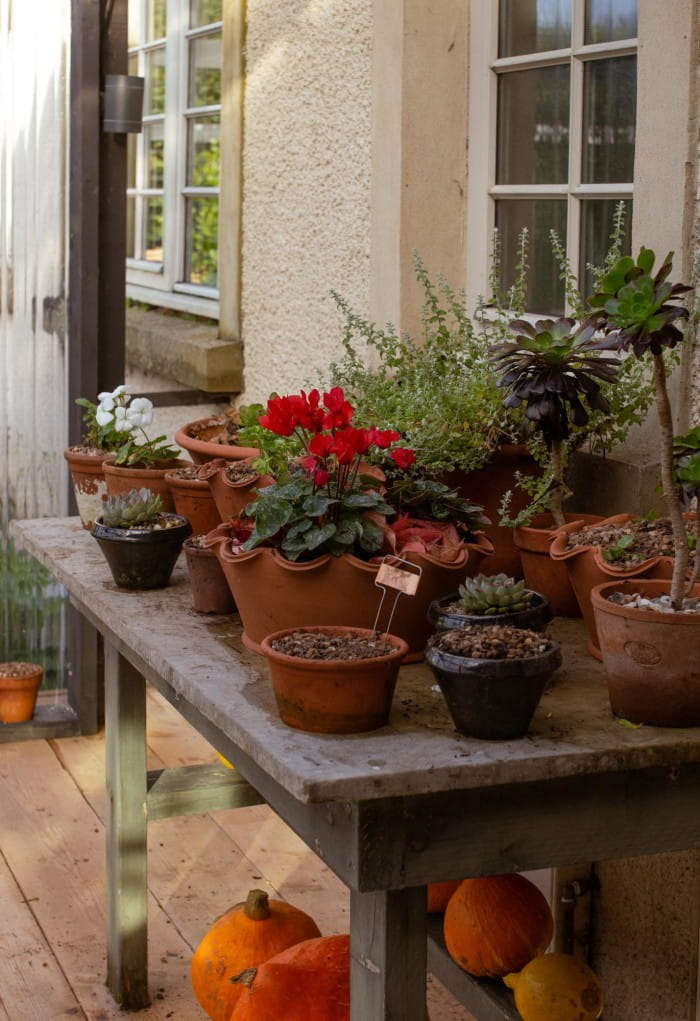 And now they are up - and I can write outside, sitting at a little table, sheltered from the worst of the wind but still able to smell the rain. There is even a wood burner in the open side and at night we can wrap up in sleeping bags and watch the stars.

It also turned out to be a great place to overwinter plants and store the pumpkin harvest. 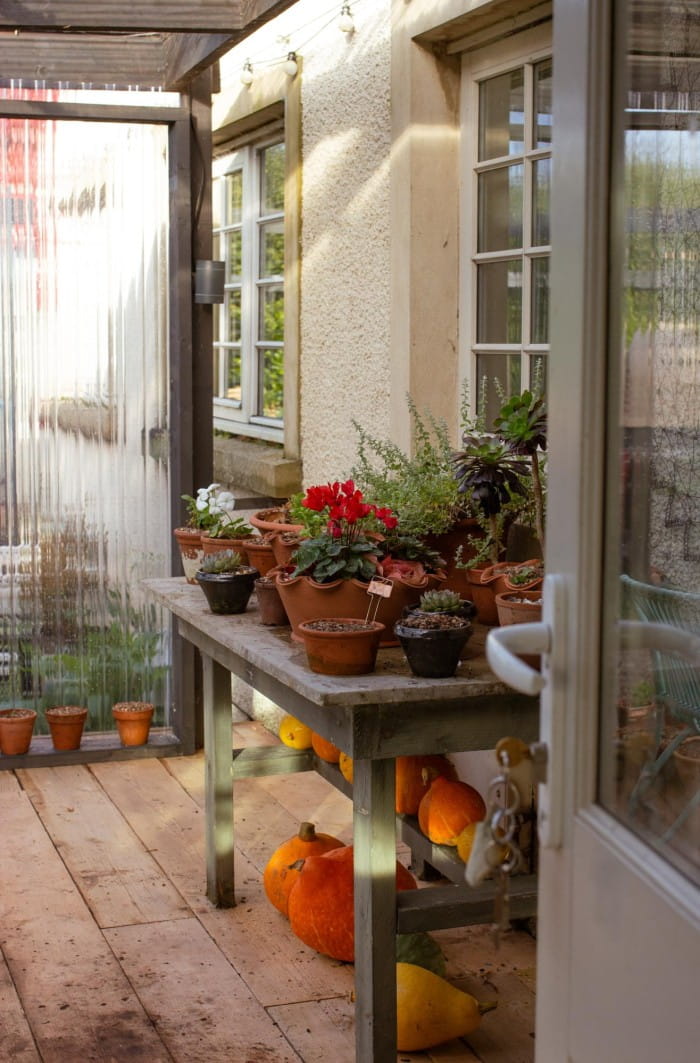 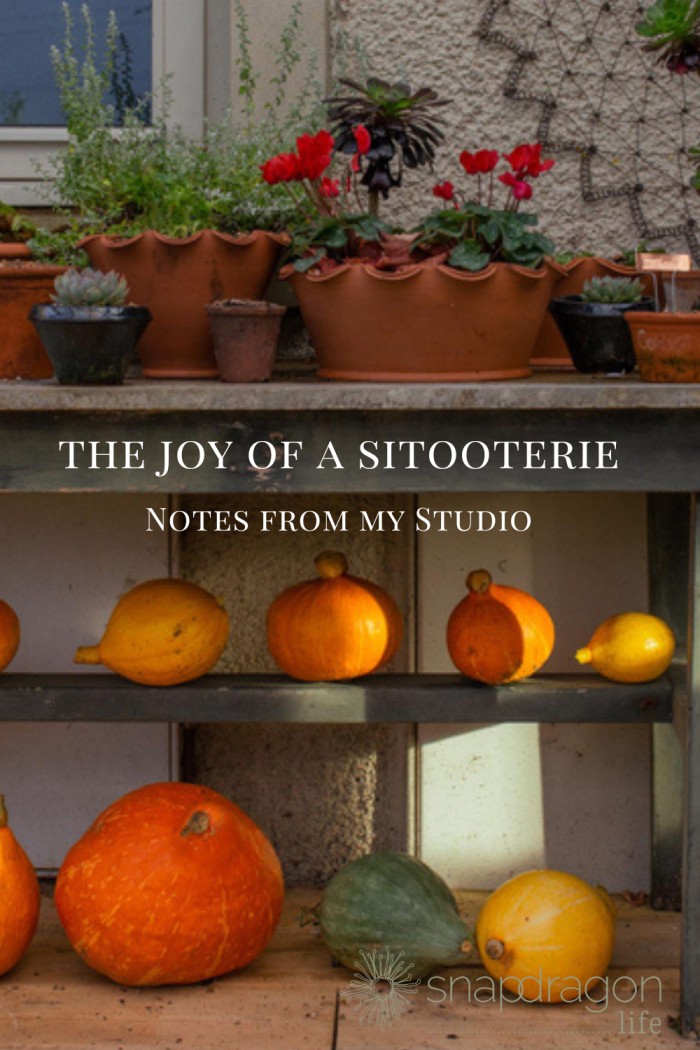 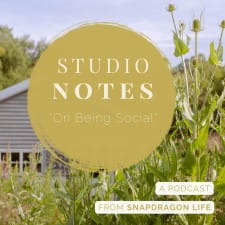 On being social - Instagram changes and virtual coffee breaks 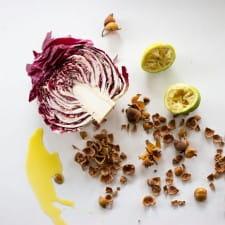 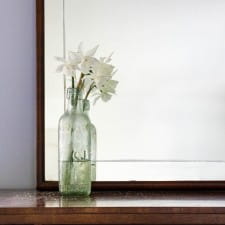 How to keep a tidy house (sort of)