Home|Journal | Perfectionism and making do 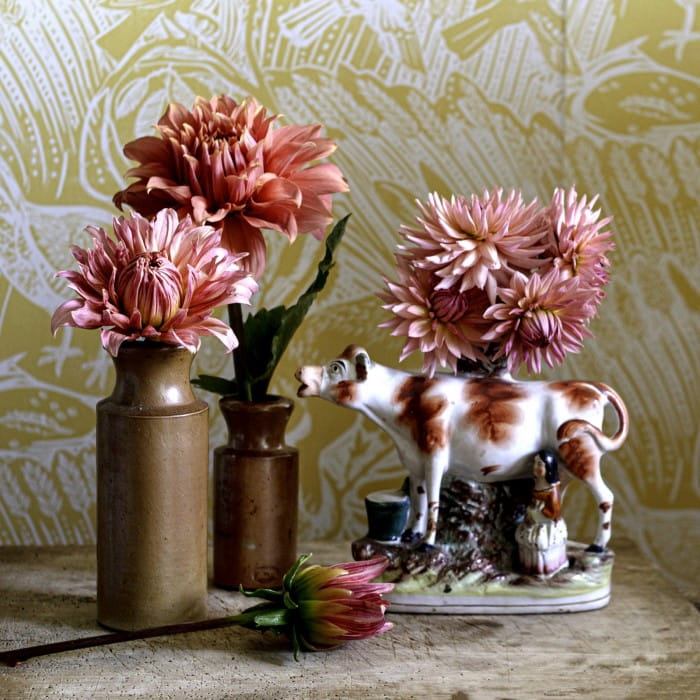 I grew up in a house of doers. Or perhaps it would be more accurate to say 'make do-ers'. Clothes were from jumble sales, altered and spliced; beautiful vases were displayed chips to the wall; recipes were followed very loosely, sweeping substitutions made for absent ingredients. My parents' garden was full of allotment-style cobbled together structures, the beans grew up old mattress springs, cassette tapes were disembowelled to scare pigeons from the cabbages, there was no worry about having the exact tool for a job, there was no feeling that you had to learn everything before you began.

I think that this was a very common type of 1970s childhood - I've since bonded with several people over memories of car exhausts being mended with baked bean cans - people just got on with things and there was no idea of 'perfect'.

It has been the very best upbringing possible for an entrepreneur. The precedent of working a way to do something with what you already have, rather than waiting for everything to be affordable and available is invaluable. The main point in my childhood was that you got something working even if it was a bit rough around the edges. It was a time of practical skills.

It has meant that I grew up without a perfectionist bone in my body. I am quite details oriented, I like things to look nice and to work well, I spend a lot of time walking and thinking, but, once I've decided to do something, it is all about the going for it, the process, the jumping off.

So when I find myself fussing over something inconsequential like a font size, I absolutely know it isn't 'perfectionism' it is fear. It is just a form of worry, a putting off the performance.

Many people, largely younger women, complain to me about their perfectionism and how it prevents them from completing things and putting them out in the world. I used to think that this was really just a bit of an excuse, a way of not doing the hard work by keeping busy with editing and re-editing and deleting. In the past I may have rolled my eyes and I routinely put all job applications mentioning perfectionism to the bottom of the pile.

But now I'm more sympathetic and just wonder if people simply missed out on this stage of life and now need to deliberately re-cultivate the make-do in their lives. I wonder if this perfectionism that seems to hobble so many people in their 30s and early 40s is partly because our society began to throw out and replace things rather than mend them from the 1980s onwards. Maybe their perfectionism was encouraged by so many things becoming disposable, short lived, with parts that couldn't be replaced. Lots of people's income went up, media got shinier, there was less making do.

"Making do" could feel like selling ourselves short - for we were 'worth it'.

Rather than working on altering mindset or reading books of how to recover from the paralysis of perfection, perhaps we just need to work with our hands and mend our clothes and improvise recipes and just give things a go and celebrate all the glorious shonky results.

Which - rather neatly - as well as freeing all the amazing blocked ideas out into the world, would also help us move from the consumerist cycle which is causing so many problems in the world with its mantra of more and more and more.

What could you 'make do' with today?