Taking a lesson from Barbara Hepworth. 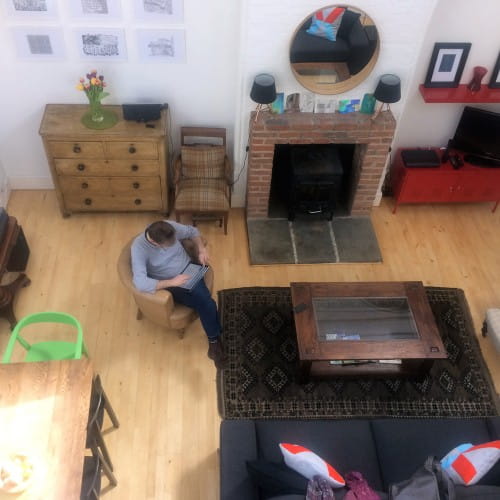 Last week I was in London for a few days family holiday. We rented a small flat in Hampstead through Air BnB - cheaper than a couple of rooms in a Travel Lodge and always much more interesting.

It was the end house in a row of tiny brick terraced buildings - accessed from the road via a long narrow flagged path, with bulbs and shrubs blooming alongside. 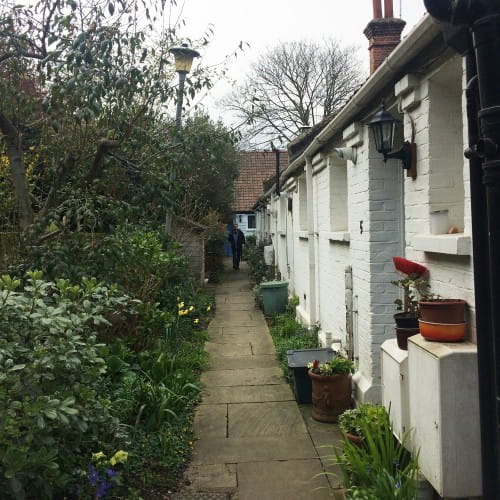 The house itself was mainly one big room with high ceilings reaching into the rafters, massive floor to ceiling windows which alongside skylights made the space cool and light and airy. I asked Gonzalo, who showed us round, about the history of the house and he mentioned that it had been home and studio to some important artists in its time.

As soon as he left I was on my phone googling the address - and there it was, between 1928 and 1939 Barbara Hepworth had lived there. There were even photos in the Tate archives of her posing in the house, next to the very stairs that I was sitting on.

Barbara Hepworth, grande dame of abstract sculpture had sketched by this window, had walked up these stairs, had sat catching the sun in this garden. I was more than a little star struck.

So I bought a book and started to read a little about her life. In 1928 when she moved there she was 25, she had been married to the sculptor and horse fanatic John Skeaping for 3 years. By 1939, when she left the house 5 days before the outbreak of WWII and fled to Cornwall, she was living with the artist Ben Nicholson and had 4 children - Paul born in 1929 and triplets Rachel, Sarah and Simon in 1934. 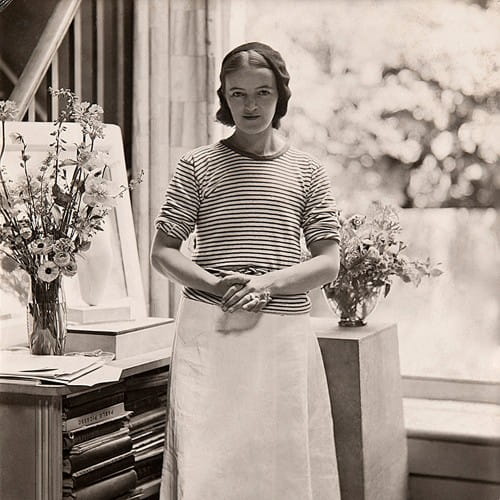 So in this beautiful but tiny space with its sleeping mezzanine, which had in the 1930s very basic heating, cooking and toilet facilities - 2 artists lived and worked with 4 children playing at their feet. Hepworth carved in a corrugated iron lean to extension which kept the plaster and marble dust out of the house.

They not only lived and worked but took their art to new spaces, were important contributors to avant garde movements, mixed with Mondrian, Arp, Picasso. It seemed a far way away from the conventional idea that "the pram in the hall" ends creativity. 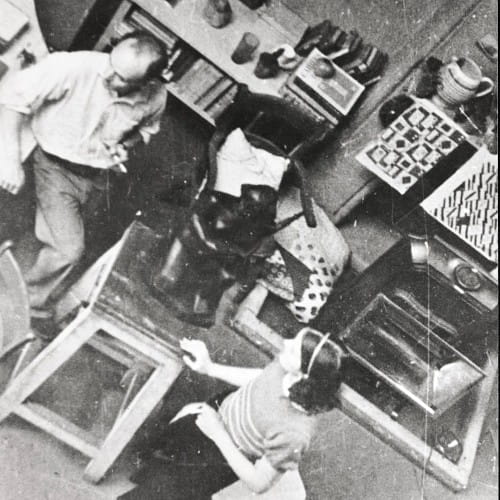 So I read more - interested in how Hepworth managed this and found her writing about being a mother while having a life outside motherhood, to be the most straightforward that I have ever read.

"A woman artist is not deprived by cooking and having children, nor by nursing children with measles (even in triplicate) - one is in fact nourished by this rich life" - "I learned early on to regard all the time spent with children as a nourishment - a plus rather than a minus" "we lived a life of work and the children were brought up in it, in the middle of the dust and the dirt and the paint and everything" "being a mother enriches an artist's life"

It wasn't that though that I found most inspiring though, it was her practical approach to her work time and space being eroded by family life, by lack of money and by the privations of war.

That when she was unable to sculpt she took up drawing and gouache, when she could no longer afford bronze she carved in wood. It was the creation, the making, the thinking, the getting things out of her head that was important.

My favourite quote is this - "I found one had to do some work every day, even at midnight, because either you are professional or you're not. . . . provided one always does some work each day, even a single half hour, so that the images grow in your mind"

What she is saying that it doesn't matter how small the creativity is, it doesn't have to be massive 11 feet high sculptures, it can be some pencil sketches at midnight, as long as it is done every day.

It is the doing, doggedly, day after day, that is the important thing.

Barbara Hepworth's writings about motherhood, family and work are basically the same as Elizabeth Gilbert's views on creativity in Big Magic or Seth Godin's ideas about shipping. Keep going, take part in life, don't be a diva, do the work, enjoy.

As I said - inspirational. When I next feel that life is getting in the way of things being done, I shall relax, enjoy whatever it is that life is throwing at me, and squirrel away a small slice of time to be creative every single day.

Such a lovely post, Jane. Really interesting to learn more about this aspect of Hepworth (I've only ever known about her art before not much about her life - other than she used to smoke in bed and that finally was what did for her as an old lady)

How serendipitous. I love Barbara Hepworth and this insight is fascinating. Thank you for the great post.

What a wonderful post - and such an inspirational woman! thank you Jane x

Absolutely love this post Jane and her words are totally where I am at. If I don't do something, anything toward my business every day then I start to lose the feel of it. Brilliant. Didn't know she had triplets (as a side note) x

Lovely ethos, the idea of finding a way to be creative every day and the idea of family enriching an artists life. Great newsletter. Jdx