Scotch broom as a dye plant 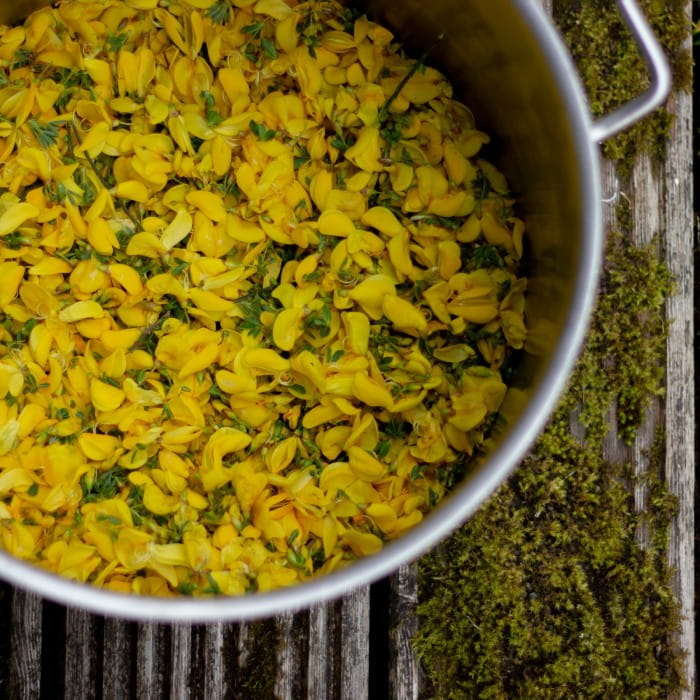 We have a problem with Scotch broom (Cytisus scoparius) in the area around the workshop - it is an invasive plant, short lived, hardy, yet prone to die off. It is the main pioneer plant that appeared (in hundreds) after the landslip a few years ago took away the trees. It is a nice bright flower in May - though rarely seems to attract insects - but the rest of the year it is just spiky and dull, possibly a physical habitat but not obviously useful in a wildlife context. It is classed as a noxious weed in many countries.

For a few years we left it to do its own thing, but I now want to extend the meadow area, plant some native fruit trees and cowslips, so we took the decision to push it back to the fence line of the bit where we used to keep pigs.

It seemed the perfect opportunity to try it out as a natural dye plant - google and old books said it gave a great yellow, like gorse which its flowers resemble. I collected half a 10 gallon pan load of flowers and simmered them for an hour. No dye, it looked like a dirty puddle.

At this point I felt it was a failed experiment - always useful in their own right - but a bit disappointing.

It started to rain. I put the pan under my dye bench and went away. I went away for 4 days. 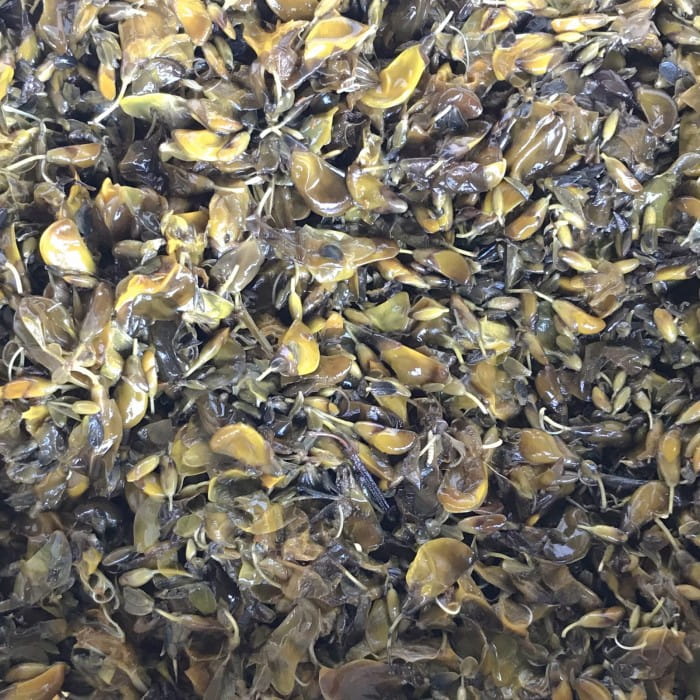 When I came back the whole pan had gone that musty way - almost mouldy, definitely bletted - but as I sieved and squashed the flowers out I thought I should try a bit of wool in it - just to record the process. And the wool turned acid yellow - a strong, bright colour from the murk. 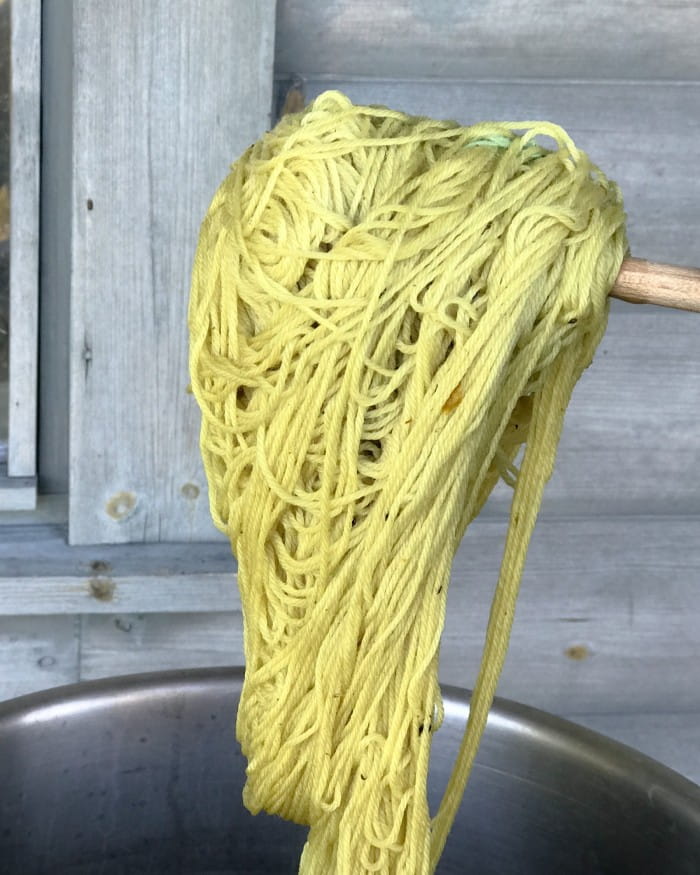 I kept it at a point just below simmer for about 40 minutes, let it cool and steep overnight.

This was the result - a glowing acid yellow which I am experimenting with as a base for layering up over-dyed colours as part of a Studio Members course on plant dying basics. 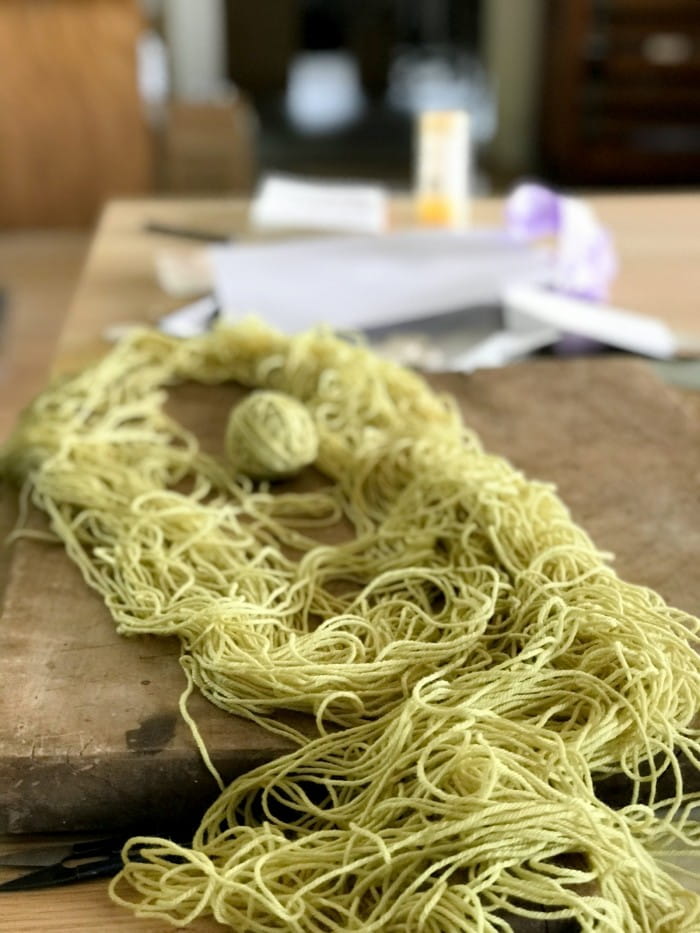 400g Cytisus scoparius flowers
3 litres tap water
Simmered for 1 hour and left to steep for 4 days, then drained.
100g Bluefaced Leicester double knitting wool.
Mordanted with alum then added to dye pot
Kept at just under simmer for 40 minuted and left to steep for 18 hours.
Drained, washed and dried.