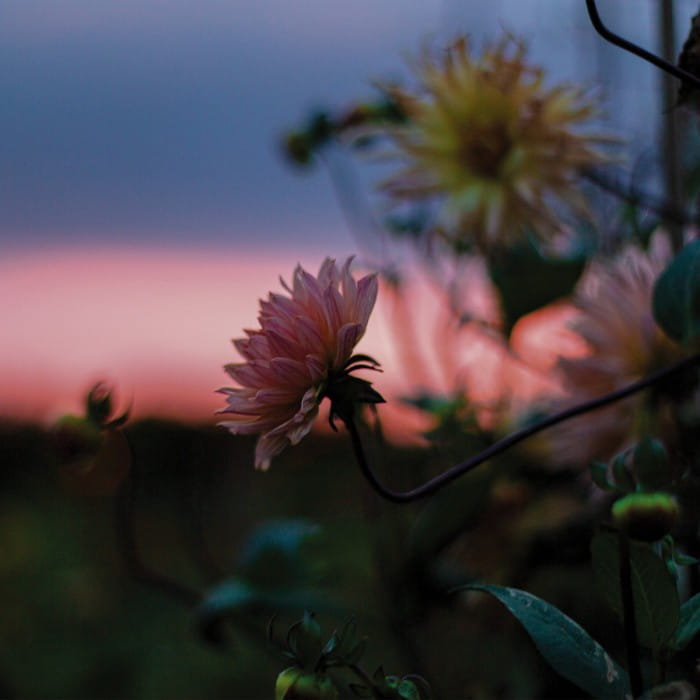 A few years ago my friend Liz introduced me at an event as someone 'disrupting the face of retail'.

At the time I thought it hilarious, for in reality I will do almost anything to avoid conflict, but now I'm considering adopting it when people at parties ask me what I do. I'm contemplating living up to the description.

Over this past year, with so much time alone to think, I've become more and more discontented with the way we do things as a society, with the way we treat people, with what we are doing to the natural world, with all the things we put up with just because 'that is the way it is'.

So many things need to be disrupted in the world today. I now cannot bear to run a business unless it is disrupting some of them.

These are a few things that I hold to be simple truths.

We do not reward the right things with money in our society. Over the past week I have been helping to look after my parents-in-law in their home. My mother-in-law has dementia and keeping her calm, engaged, safe, fed and stable is a difficult and exhausting job. It is a job that needs great patience, sensitivity, empathy and stamina.

It is likely that the carers who took over the role from today are being paid minimum wage, possibly less if they are on a contract that excludes travel time.

I'm not even going to go into the plight of unpaid carers, the chronically ill, the people on universal credit or those here as refugees and asylum seekers on minimal benefits. I will simply say that money is not distributed fairly in our society and that all business owners should be mindful of that.

It should be a basic human right that we are able to connect to the natural world. We are all part of that world and need to be able to engage with it- whether that is having access to green space, areas to grow things or spaces to sit and contemplate the world around us. I also believe that it is a basic human right to be able to cook and eat nourishing food and to have access to local, affordable, seasonal ingredients.

As the owner of a business that is slap bang in the middle of all those things, selling seeds, writing recipes, photographing nature, I need to be much more inclusive than I have been in the past.

The forces of capitalism and consumerism rely on forcing constant growth. They engineer that by deliberately making people feel that their worth is something outside themselves - something that they need to buy - rather than intrinsic to every single one of us.

In the 1980s, the American feminist writer Audre Lord wrote a famous essay about how using traditional patriarchal academic frameworks was simply disguising the racism and homophobia within feminism and stopping the braver, more inclusive, discussions that could dismantle them. "For the master's tools will never dismantle the master's house. They may allow us temporarily to beat him at his own game, but they will never enable us to bring about genuine change. And this fact is only threatening to those women who still define the master's house as their only source of support".

This is exactly how I currently feel about consumerism - footering around inside a traditional consumerist business model, tinkering at the edges, just isn't enough any more (though for a long, long time I felt that consumer culture was my only source of support and I really do understand that fear). My version of the 'good business' simply disguised the need for change. Instead I need to actively help people to see that they are enough already.

While I was on my 'holiday' last week I thought about this a lot - about how I can change the business without destroying it (see there is that fear). I had already moved all the seeds and supplies into something that is pretty much a co-operative buying model. I buy in bulk, I pack into smaller amounts and sell to members direct without a mark up (though there is a packing charge as I will need to pay somebody to do that at some point). I'm writing growing guides which I will send with orders so that people have the very best chance of growing things successfully (I've completed the sweet peas, the rest will follow).

What is new is that I am going to introduce an integrated 'pay what you can' membership level to the Club. It is something that has actually always been there in the small print, but people had to email me so I could set it up. As soon as I actually thought about how that feels, I realised it was ridiculous to think that was more accessible.

And the fear is there - talking to people about my plans has led to startled expressions, lots of people have used the 'brave' word, even 'cavalier' (from Euan). My parents think I may be deranged. What if everyone decides to grab a bargain and pay as little as possible? What if I have a repetition of the Mumsnet fiasco?* What if I destroy the business and have to quit and get a 'proper job'? And what if certain friends are right and this is actually just a fear of money, a playing small, an excuse to fail.

But it had become clear while on holiday that we are in this anxious time for the long haul, that having the tools to connect to nature, to grow things, make things, to actively engage rather than escape - that all these things are incredibly important. They are more important than whether I'm a bit scared that people will take advantage.

* When I first launched the club I had a voucher for a free month and a welcome pack. Somebody posted on Mumsnet that you could sign up, "get your free stuff" and then cancel before paying anything. And lots of people did. And I lost a lot of money. And I lost a lot of faith.

I think you are being very brave but you are not alone in your decision to reconsider the future and how that future is created. The quote from Audre Lorde sums up the approach of disrupters across the social and political spectrum. Yes, I am sure there will be people who take advantage, those who can well afford a full price but chose not to. But there has been a paradigm shift over the past few years, and the pay what you can (and similarly pay what you feel - used particularly in arts venues and based on perceived value rather than ability to pay) is no longer seen by everyone as a cheap option, but a means to share one's own resources whilst one has them, we are all acutely aware today how rapidly the financial rug can be pulled away under one's feet . I know several organisations (from food to art) who have used PWYC and have not lost revenue but instead seen overpayment subsidise the underpayment by those who would otherwise be excluded.

Exclusion is something that we don't tend to realise until it applies to us. We may know that various minority and socio-economic groups are excluded from an activity but it is easy to think of it in theory, rather than the reality that affects the excluded. Exclusion is intersectional and is often self-perpetuating, every step that removes one barrier makes it easier to dismantle another.

I also smiled when I read your earlier post about monetising a hobby. Whilst juggling various plant dye pots on the stove and in the garden and patiently hand sewing and rebel stitching projects, my husband asked why I didn't set up as a business. I said I love what I do, if I monetise it I may no longer be able to love it so much. I have fallen down that rabbit hole before and don't wish to do so again. Perhaps I should consider PWYC or PWYF and be as brave as you are.

Thanks Gillian - I believe that you are right, though it was rather horrifying researching this as to how many people are not of the same view as us!
(Danielle LaPorte's comments in particular are full of people choosing to pay as little as possible for her planners - paying a price that she says in the product listing doesn't cover any staff costs - 'because the postage to the UK is so high').
I am very aware that this is something I would not have considered doing while I was paying people's wages - it would have felt too risky I think, I would have worried that I was in fact as naive as people say.

Most organisations I know that use PAYF/PWYC are co-ops, the risk is taken collectively. I can understand that the need to pay wages can make risk taking more frightening as it is not just your livelihood at stake. I suspect that Danielle LaPorte and other larger organisations that go down that route do so on limited income streams to ensure overall revenue is not drastically affected. Not so easy if you are a small organisation with only a handful of income streams and staff salaries to consider. I wonder if purchasers of DLP's planner, for example, thought that as she was a high profile individual with a large and (presumably) profitable business, she didn't need the money, but would have thought differently if it was a small start up? Even as purchasers we have bias!

There is so much to say about this. Pay what you feel has been used by the restaurant industry to encourage trade on quiet weekday nights. By being in the venue it’s much more difficult to pay too little - you feel more of an obligation.
I know you’ve written before of having Instagram followers who have your values and you would hope that this would sustain a more inclusive business model.
A fourth sector model of social enterprise wouldn’t necessarily work for what you plan.
I am really interested in what you’ve written and your concern for change. Fully inclusive does have risks of you being exploited - does your business model allow you to thrive? Does a pay it forward model work outside the arts ( or food for homeless - SocialBite) where there is a strong sense of engagement ...... so back to the value of engagement online.
I’d be very interested to read your continued thoughts through your website - please keep writing.

Thanks Kate - Yes it is all a big experiment! I have no idea if it will work or whether people will feel put off, or indeed that it is unfair.
All I know if that if I am truly committed to having as many people connect back into seasonal living and into being part of the natural world, as a source of individual strength to move out from - well then I have to make that as accessible as possible (there are other levels of accessibility besides cash as well which I am also trying to address)