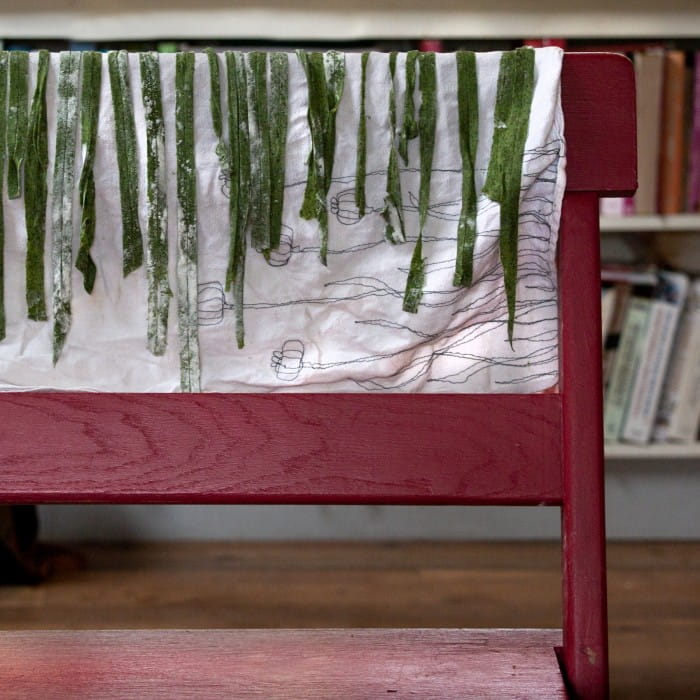 I read recently an article about how it isn't just the quantity of fruits and vegetables that we eat that matters for our health, but their diversity. The more variety the better - even variety in tiny, tiny amounts counts - bringing vital often quite specific nutrients.

It is research that connects the forager to the mainstream - moves the collecting of wild greens or berries from the "Country Living" lifestyle to something that is much more core and vital. Something that we should all be incorporating where possible perhaps - not in a "wafting through the meadow with our trug" kind of way, or in a survivalist way, but as something much more everyday.

Not as an alternative to the weekly shop, but as an addition.

It inspired me to incorporate nettles into my pasta recipe - I tend to cut nettles to the ground in April so early July always means a new crop of fresh leaves. If you don't have any nettles then spinach, kale, water cress or any cookable greens work too.

Bring a pan of water to the boil, add salt and then the nettles.

When they turn bright green drain them and then put them straight into the bowl of cold water. This stops them over cooking and keeps the nice bright green colour.

After they have cooled down completely, drain them in a colander - you can keep them like this in the fridge overnight or head to step 2. 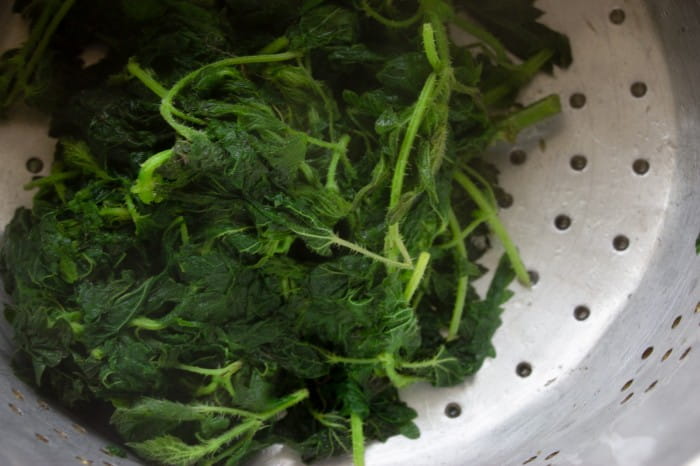 Finely chop the nettles. They will have lost their sting and the stems should be tender enough to include. I now use a food processor for this, as a friend gave me hers last month, but it is perfectly to just chop very finely by hand.

If using a food processor add the egg yolks to the nettles and mix - then add the flour a tablespoon at a time and gently pulse a little at a time until the mixture forms lumps about the size of a pea. You don't want it to form into a dough in the machine as it will become over processed. Dust the worktop with flour, pour the lumps out onto the worktop and squish into a ball.

If doing it by hand, put most of your flour onto the worktop in a pile and make a hollow dent in the top. Mix the nettles and the yolks in a bowl and pour into the hollow. Then gradually work in the flour, bringing in a little bit of flour at a time - with a movement that is a little like a head massage - until you have a ball of dough. Add more flour if needed - the dough should be firm and not sticky.

Knead the dough for ten minutes - adding extra flour every time it gets sticky.

It will become bright green and silky.

At this point you can freeze the dough in portions - wrap in a plastic bag or beeswax wrap and put it in the freezer - or you can cover it with a tea towel, leave for an hour and then move to step 4. 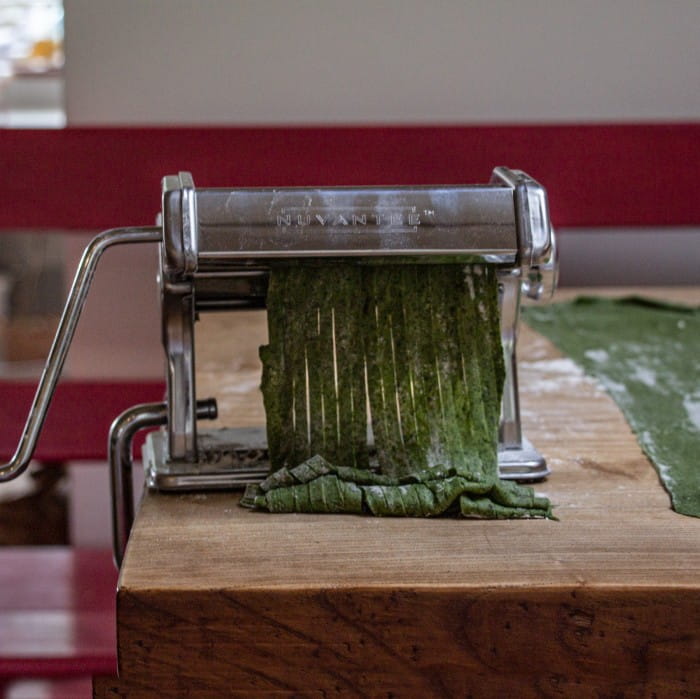 Cut your dough into 4 pieces. Leave 3 pieces covered by the tea towel and start to roll the other out repeatedly.

The easiest way to do this is with a pasta machine*. Follow the instructions for the one you have rolling and folding and rolling it until it is thin enough to use as lasagne sheets or to cut as noodles.

To do this without a pasta machine roll your dough into a strip, fold it into three and turn 90 degrees and roll again. Do this 5 times and then cut your strip in half. Make sure worktop is well floured and roll the dough thinner and thinner - until it is 1mm or less - then cut into strips as noodles.

Do the same with the other pieces of pasta dough

Hang the noodles or sheets to dry on a clean tea towel over a chair back or similar. After half an hour they are ready to cook but you can also let them dry out completely and store to cook later. A couple of years ago, after a pasta making workshop in Budapest, I dried out the pasta overnight in my hotel room and brought it home in a paper bag where it lasted a few months. 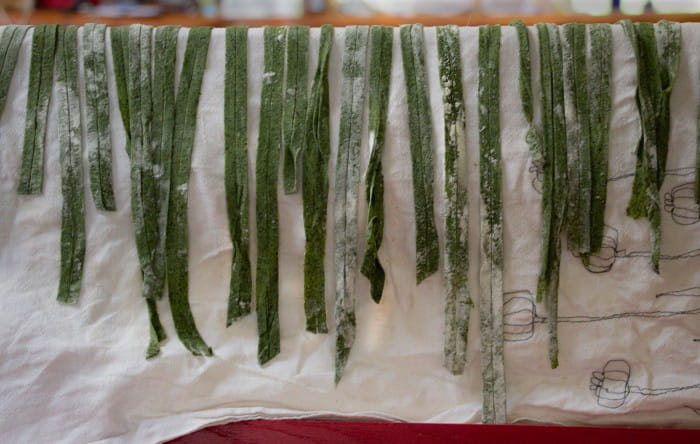 To cook the tagliatelle noodles bring a large pan of water to the boil and add salt.

Add pasta and cook until it floats - this can be less than a minute. Drain immediately, dress with sauce and serve.

Sheets of fresh pasta can simply be used in lasagnes as you would usually use dried.

*pasta machines are in the top five kitchen gadgets that people buy and then don't ever use. If you don't have one, it is very likely that a friend has one you could borrow. 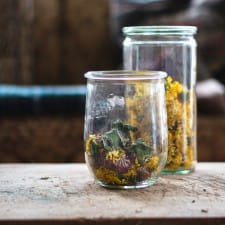 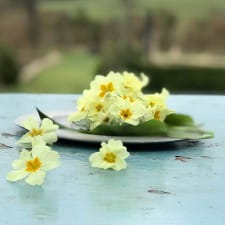 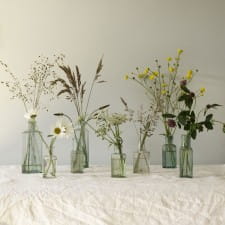 Thank you so much Jane for this recipe. I’d forgotten how good it was to make fresh pasta, I made it years ago & it’s been on my to do list for a while. I love the idea of using fresh nettles, I didn’t know they could be cut down in April for a second crop later. I deliberately leave a patch growing behind a fence for wildlife & use some of the fresh tips for my ‘foraged soup’. Spinach pica pasta is a quick & fun one to make (could perhaps use nettles) but I prefer thinner rolled pasta. Now; must look out the pasta machine.

Thanks Rosie - when we made pasta at the Hungarian workshop it started off as noodles but somehow on the way home via suitcases and paper bags turned into smaller slightly twisted pieces that simply got added to soups over the next month or so. It made me realise how hung up I had been on shapes and doing things 'properly' whereas it can just be rolled and cut.