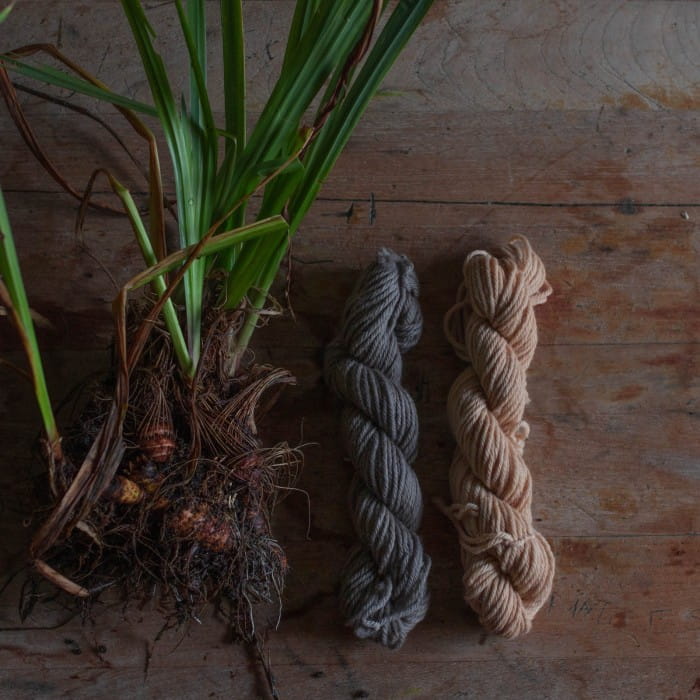 Last year I dyed some linen with some flag iris roots which I was given by the gardeners at Allt y Bela. It gave a beautiful navy blue which faded slightly over the next months to a mid grey.

This year I was given some more roots by Kat Goldin at Gartur Stitch Farm, who was digging them out of her vegetable patch, and decided to try dyeing some wool.

Flag iris roots become very invasive in garden settings and need to be dug and divided every few years to keep them flowering and in check - so using garden grown plants is a very sustainable way of dyeing yarn. They should not be dug up from the wild as taking roots is against the foragers code.

If you don’t have access to flag iris this method works for dock roots too.

Dyeing successfully with roots is a slow process - the dye colour is locked within the structure of the root and it can take a while for the cells to loosen and the dye to be released. The method I used here was to chop the roots finely and then repeatedly simmer and cool them over a week. 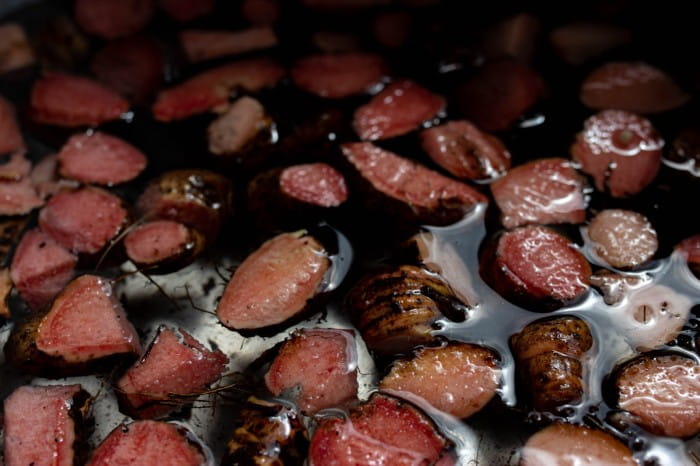 I mordanted small skeins of wool with 10% alum and then stirred them into the dye pot making sure that they were completely soaked. I gradually increased the heat to hand hot - avoiding it getting hot enough to either damage the wool or brown the pigment - and then left them to cool naturally before removing the skeins and rinsing them.

At this point the colour was a pale peach. I actually find the pale colours increasingly useful as a foil for other colours in my knitting, but I had dyed two skeins so I decided to ‘sadden’ one with an iron dip.

I mixed rainwater and 1 teaspoon of ferrous sulphate and soaked one of the skeins in the mix. It became a mid grey very quickly and I removed it and rinsed well. It is important that none of the iron remains on the fibres as it can damage them.

Flag iris root is a traditional Scottish dye material - if you are prepared to increase the amount of iron and the time the fibres are in it then it is possible to get a dark charcoal colour. However this risks the rotting of the fibres over time - something that is seen in historic examples.

You can download a PDF tutorial to keep by clicking the image below. 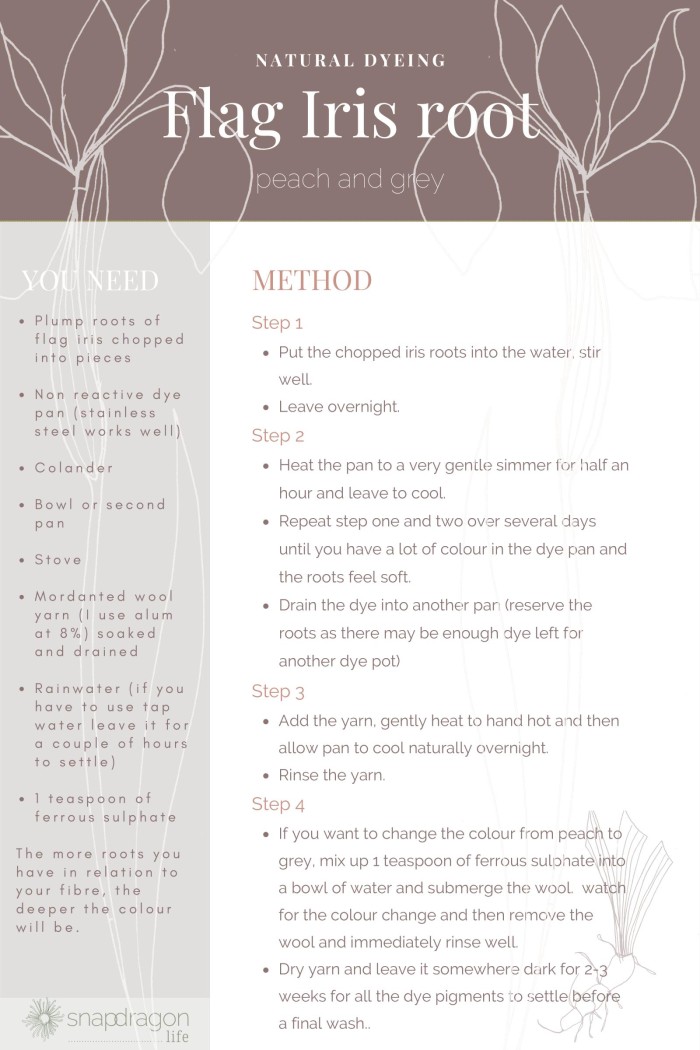 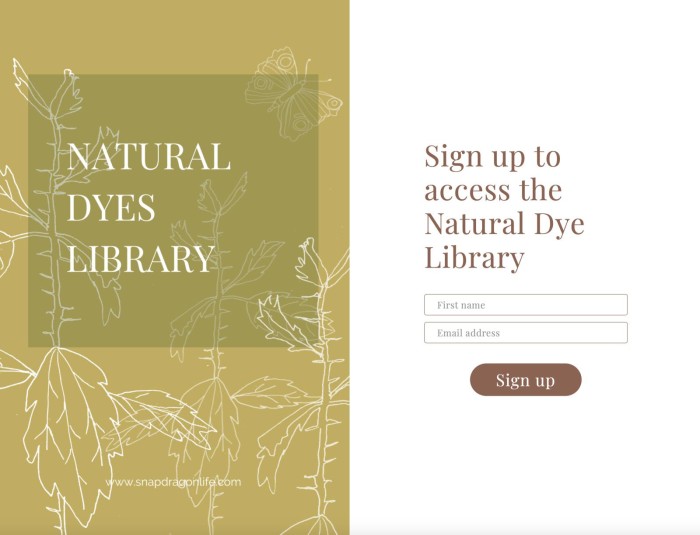 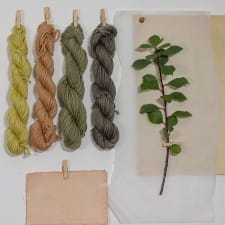 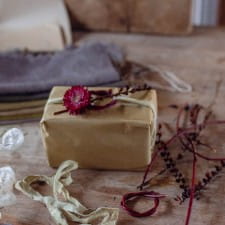 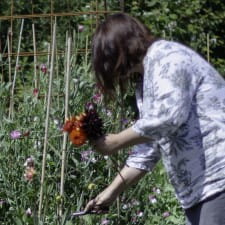