Create your magical life a little bit at a time 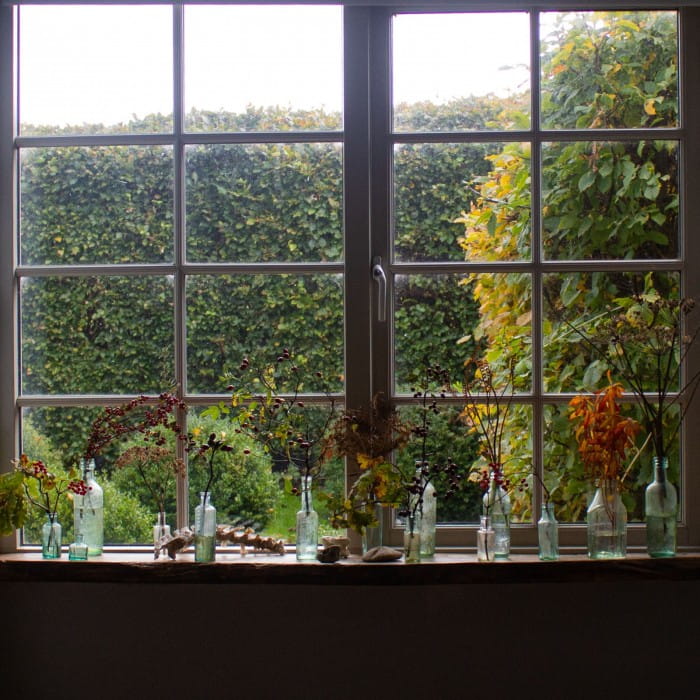 My friend Deb recently told me that she had given up on doing anything for herself. She pointed to a bag of craft supplies on the kitchen sideboard.

About a year before, enthusiastic for a new craft project, she had bought all the things she needed to make a felt dog decoration for her Christmas tree. She had put them on her sideboard, waiting for an opportunity to get started. Here we were a year later and that opportunity had not arrived, the bag was still on the sideboard waiting. She begged me to take it away and find someone with more time.

A year. My friend had not found the hour to herself she needed to make the little dog decoration in a year.

Now I appreciate she is a busy woman, she has two teenage sons, she has a part time job, she has a dog and a husband and parents. But an hour to herself? In a year?

This obviously wasn't anything to do with lack of time - it was to do with priorities and always waiting for time to be left for herself at the end of the week.

For it is these small things - things that we do just for us, or with our families and friends - that bring joy to our lives. The time to make something, to play the piano, to go for a run, to eat ice cream - to sit on a window seat and simply read and read and read. The things that are especially important when life gets busy. They are the things that make us human.

It is these small things that get forgotten because we are always waiting for time to just appear, because they are at the bottom of our mental list.

A while ago, realising that I was doing exactly this, I came up with a new way of planning my time.

It is a simple way of planning my weeks that has brought many more joyful things into daily life. I shared it in the A Seasonal Way magazine earlier this year. In the article I showed how it was possible to plan a summer where you get to do more fun things, all those things that you always intend to but never quite get around to.

Of all the articles in the magazine this was the one that I got most feedback about, most messages, most emails - with people telling me about the things that they had been doing, things that they had been intending to do for years but somehow never got around to. It seemed that I was onto something, that this was a simple technique that could help people plan with themselves in mind.

And what was even more interesting is that lots of people told me that once they had begun to add things into their lives, other opportunities came along as if by magic.

One woman who really wanted a garden began with planting pea shoots in a pot by her door, a month later - just as she began to harvest the shoots - a neighbour offered her part of his garden to grow in as it was getting to be a chore for him.

Another, who loves the sea but lives a couple of hours drive away, began to schedule in a weekend day trip once a month. Recently she was asked by a friend of a friend if she would house sit with her family over half term - a beautiful seafront home for a week.

It seemed that something was going on. Could it be The Law of Abundance, a magical thinking where the Universe brings you more of what you focus on? Could it be (more likely to my scientific brain) that people bring their own luck by beginning something? The tending of the pea shoots made the neighbour realise that there was a potential solution to their own overgrown garden, the photos on Facebook of the day trips to the beach reminded the friend of someone looking for a house sitter . . .

Whatever the means, whether it happens by creating your own luck or by signalling to the Universe, intentionally doing more small things appeared to be changing something for people.

I have expanded the original planning diagram into 4 part PDF which you can get when you sign up for my Newsletter. (if you are already on the email list then the PDF is in the Newsletter Library at the bottom of every email I send).