Home|Journal | How to collect seeds from your garden

How to collect seeds from your garden 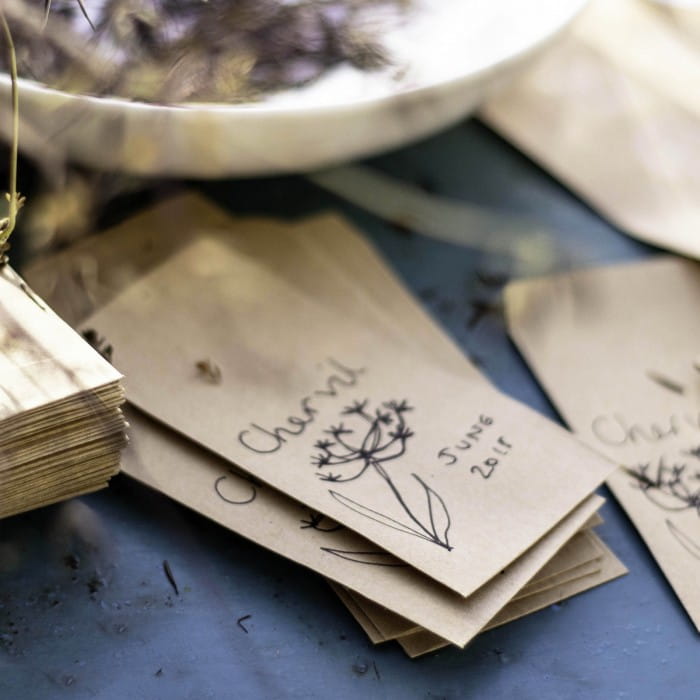 Collecting seeds seems to be one of those things that very few of us do any more.

There are so many tempting varieties in the seed catalogues, so many new things to try out, that it sometimes doesn't seem worth it or the time has passed and it becomes another thing on the 'should have done' list.

Yet I remember both my grandfathers and my Dad collecting up seeds in brown paper bags. I remember my Gran surreptitiously taking them from every stately house garden we visited and stashing them in her handbag.

I also know that there are many beautiful plants that have not survived because people didn't collect the seed and pass it on - not only is that a loss to individual gardeners, it means that we lose the diversity of the gene pool.

Last year all of this inspired me to design some seed packets for people to download and print out so they could collect their own seeds, and this year I have been busy collecting seeds from my garden for the members of Snapdragon Studio.

One of the perks of membership is free seeds from the garden a few times a year.

While I was harvesting seeds, drying them out, packaging them, writing the labels - I realised that it is one of those simple things that connect me to the season, to the cycle of growing. It was something that felt far bigger than the actual work involved. It turned out to be one of those magic activities that give more than they take.

So if you fancy having a go at collecting seed from your garden, these are my top tips

Which seeds should you collect?

Which seeds shouldn't you bother with?

How to collect seed

How to store seed

The list of available seeds from the garden will be being sent to members later this month - you can find out more about becoming a member here. 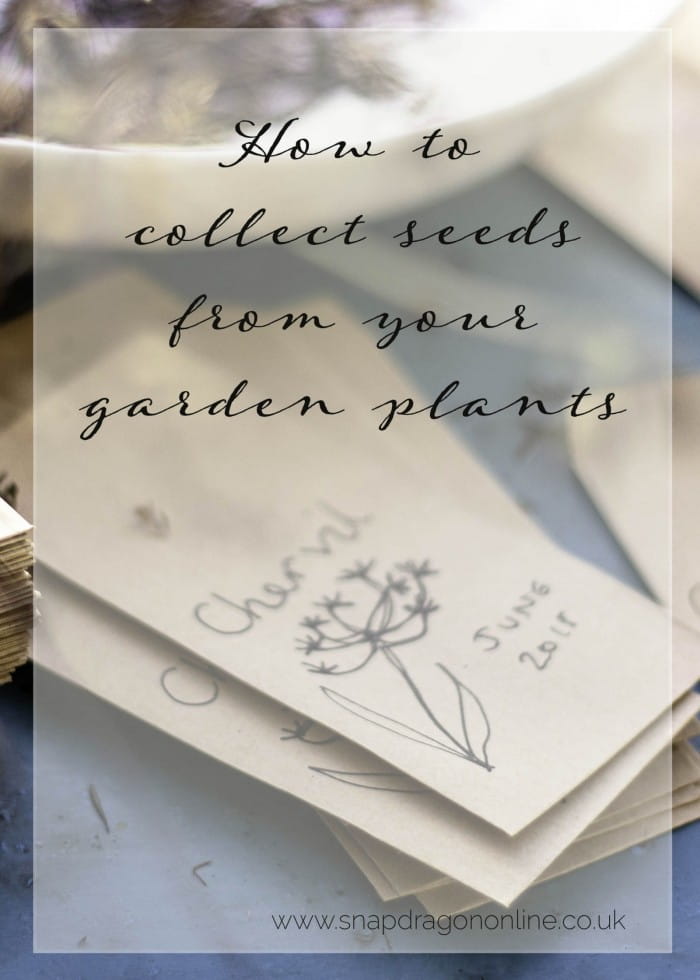 If you enjoyed reading this you might also like to read about how I store my seeds.