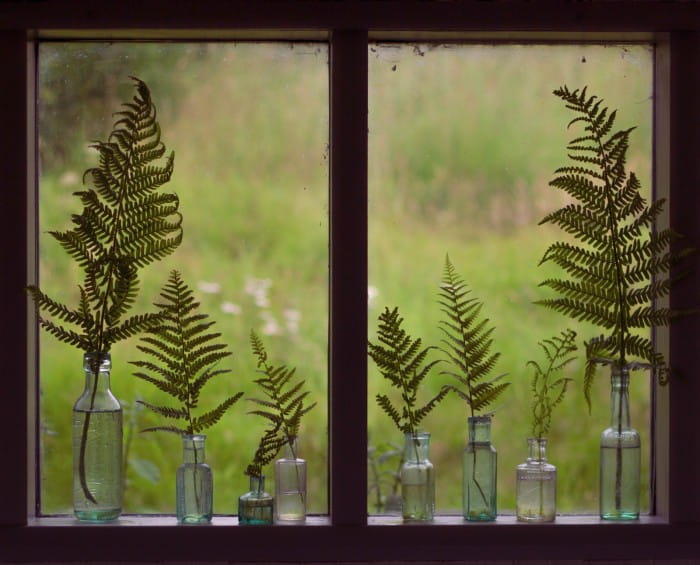 YOU CAN LISTEN TO AN AUDIO VERSION OF THIS ARTICLE HERE

Knowing a bit more about the world around us, the plants, the rocks, the birds, the insects helps us to rewild ourselves.
Knowing their names and properties helps us notice things. Knowing the history of a plant makes us see it better.
Stories are particularly potent in this - they can take us back into a previous time, a time before we separated ourselves from the natural world, a time when knowledge passed on through being spoken.

In folk tales and fairy stories it is the everyday plants that take the starring roles - endowed with magic powers, removed from the everyday and yet well known and comforting, marvellous and quixotic.

So it is with bracken. In past times bracken wasn't the pernicious weed of today. It was used in many ways, valued as part of the domestic economy, its usefulness keeping its spread in check.

Dried in great heaps for animal litter, for making root clamps to store carrots over winter, stuffed into packaging crates to keep cargo safe, used as a thatch, as a mulch, the ash used as a fumigant, in soap making, in glass making . . . The gathering of the bracken was a job done mainly by women, a hard, back breaking job, out on the moors, pulling the bracken and binding it into great bales to carry home.

Like many plants in Celtic lore, bracken crosses the paths between paganism and Christianity. In Ireland the plant was known as The fern of God - it was claimed that a cross section the stem cut low down, gave the sign of the cross, whereas cutting it in three places further up would spell out GOD. Thatching a house with bracken was said to deter both lightning and witches. In Scotland in contrast bracken was known as the devil’s footprint and seen as a gateway to the fairy kingdom or underworld.

There is a beautiful Gaelic song Tha mi sgith (I am Tired) which is sung from the point of view of a fairy who has fallen in love with a mortal girl, helping her with the bracken gathering on the hills, until her brothers discover their trysts and hide her away from him. 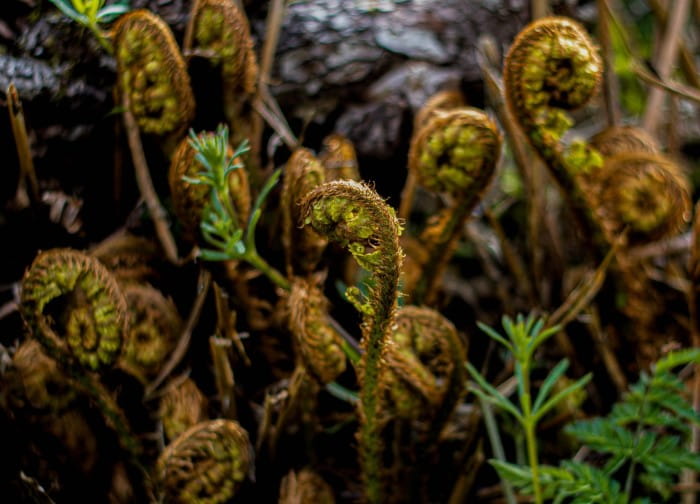 In Irish folk history Nechtan. King of Munster, outwitted Bres, King of Ireland over the paying of taxes. Bres was told that to cure his wife’s infertility he should drink mammoth quantities of milk, so he got his supply by taking all Irish households 100 cans of milk from each hornless dun cow. Dun cows are a greyish brown and Nechtan owned rather a lot of that colour of cow so, to evade the milk tax, he built a big fire of bracken and mixed the ash with flax seed and water, smearing it onto the cows to turn their coats black so that they didn’t get counted. Other versions of the tale have him driving the cows through burning bracken fires so that their fur gets singed black, but all have the bracken in them. It is likely that both the rubbing of the ash into livestock’s coats and the fumigation with smoke were general practices at the time to deter insects. 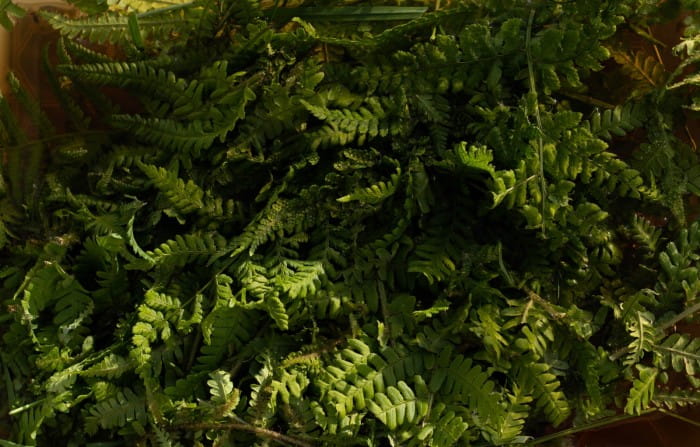 Bracken reproduces by spores which are invisible and are carried on the wind - and this seemingly magical trick connected the plant to the powers of invisibility. The spores were thought to become visible once a year, on 23rd June - the Eve of the Feast of St John the Baptist and handily near midsummer - and it was claimed that gathering them would give you the gift of invisibility for that night.

Now bracken is being cropped again - mixed with wool and comfrey to make a peat free compost. It is handy for lining hanging baskets and padding wreath bases, it is the perfect weed suppressing mulch for the base of trees . . . research is being done into whether it stops nitrogen and potassium leaching out of the soil.
Now of course it is harvested by machine, there is no chance of a fairy lover arriving to help with the labouring. 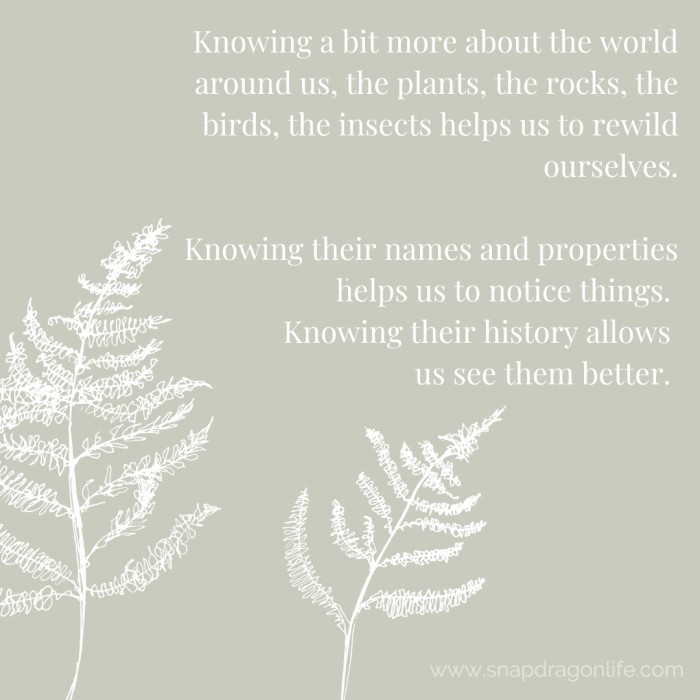 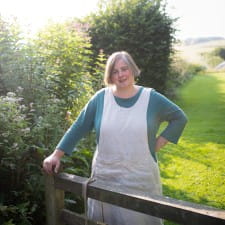 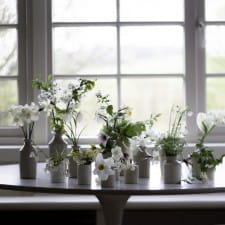 In search of the simple life 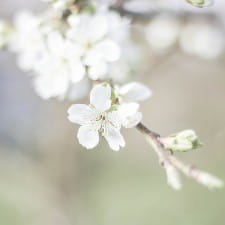