Home|Journal | Five ways to step back from overwhelm

Five ways to step back from overwhelm 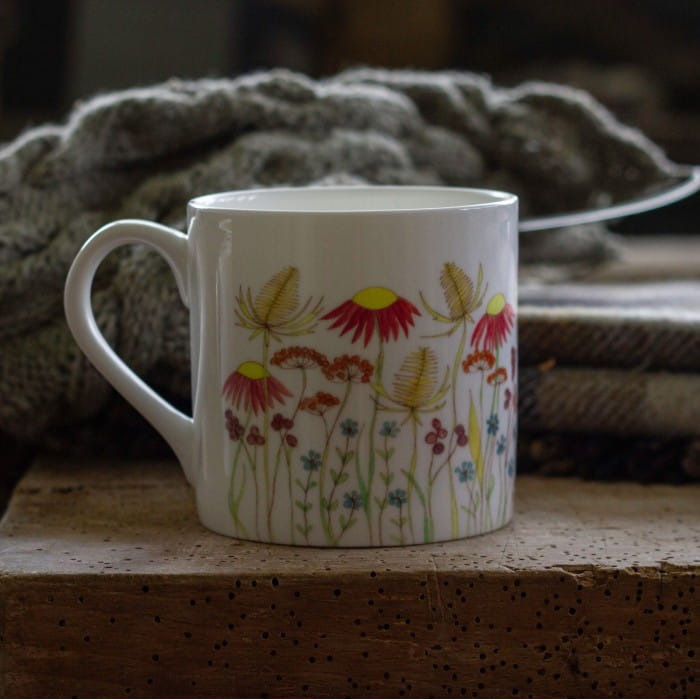 Overwhelm - that familiar feeling of everything going too fast, there being too much to do, too many options, too many noisy opinions - is in many ways a justified reaction to the world we live in. We do live too fast. we do have too many options. And then there is the environmental mess we are in, and the state of world politics . . .

Wrapping ourselves up in a ball of overwhelm and hibernating under the duvet with a box set can seem the most sensible option.

And yet it is exhausting, joyless and guarantees that we get absolutely nothing done. It doesn't go away because we close the door and ignore it, it just gets worse.

I believe that Overwhelm - with the capital O - is like Burnout. It isn't until it has taken over your life that you notice it, and it isn't till you start to fight it that you see how big it is.

Last month I came off a coaching call with my business coach sobbing at the sheer difficulty of life. It had been a summer of stress, nothing major but a constant background of health and personal decisions and dead ends which, alongside the constant effort of running a business, and the crazy decisions that seem to be being made in the world, just wore me out.

The overwhelm left me unable to make the smallest decision, take the tiniest action. Everything seemed too hard. I wanted nothing more than a handy adult to come and make all decisions for me. And let me sleep.

I was incredibly lucky - the sobbing in bed happened three days before I went on holiday and I was able to take almost 2 weeks to reverse the overwhelm and begin again.

This is what I did.

A lot of my overwhelm came from external noise - politics, being in environmental Facebook groups, twitter, podcasts, instagram. It came from spending my time listening and absorbing and reacting rather than acting, researching and producing.

I went cold turkey - no podcasts telling me what to do, no rolling news, no Facebook Groups arguing or posting polarised views, no watching the car crash pettiness of twitter threads.

I still wanted to be informed - I feel that is the responsibility of a citizen - so I decided that if it involved drama in any way (the leaked reports, the close sources, the big clickbait headline) I would immediately switch off.

I used the off switch, the mute button, the opportunity to unfold and unsubscribe to remove the high pitched drama from my life.

Instead I read books. I missed precisely nothing.

For some people this is meditation or yoga or running. For me it is a thing called Soft Fascination.

Soft fascination is the the thing that happens to the brain when you sit still and watch something gently moving without a plot. The examples most often given are sunrise and sunset, waves on a beach - but it can equally be bees on flowers, or car lights on a road seen from a bridge, or clouds scudding across the sky. It just needs to be something where your eyes are engaged but your brain doesn't have to do any processing. Just sit and do nothing and watch for 15 minutes and feel your brain empty and relax.

I also really recommend Yoga Nidra - a guided meditation which encourages a state between conscious and unconscious.

I personally find the rhythm of walking engages my brain into complicated conversations so it doesn't work as soft fascination for me, but I understand that it works for people with a less argumentative mind.

Looking back, one of the clear signs that I was becoming overwhelmed was a change in the words I used to described things. The things I do everyday - in a life I have chosen because I love it - became 'chores'. The idea that it is 'a chore' to feed chickens or to harvest tomatoes is ridiculous - they are two of the great joys of my day.

I also began to big up my 'busy-ness'. In reality - when I am being true to myself - I do not rate being busy as a good thing. It is a term we often use to make ourselves feel useful, productive, important - whereas I do not believe that our personal value is in any ways related to how busy we are.

And yet - as the weeks went on I kept hearing myself describe how busy I was, how much there was to do . . .all those chickens . . . all those tomatoes . . .

It should have been a warning. Now I have removed 'busy' from the words I will use to describe my day - because the alternatives 'full', 'engaged', 'active' all sound so much cheerier.

In much the same way as the words I was using, my to do list should have been a warning. I began to put everything on there - not just the things I needed to remember. So routine things, things I do every single day without planning or thinking - like feeding the animals, lighting the fires, doing laundry, making beds, cooking - went onto my to do list. And suddenly it looked massive, daunting, overwhelming - just reading through it made me want to nap. Just because it was down there in an external bossy form.

Now I don't have a To Do list, instead I have a Priorities list - 3 things that are priorities for that day - alongside any reminders (which get their own column). Once they are done, I'm done.

And surprise, surprise the animals have not starved and the house is not freezing and I've not felt as though I'm being bossed about by a list of chores.

Just as Overwhelm is the enemy of action - making us exhausted and passive - so Action is the enemy of Overwhelm. I resolved that in all the areas where I feel overwhelm I take action. One of the things that was overwhelming me was options - how do you know that this particular action is the best way to make a difference when the scale of issues is so big? How do I know where to begin in making the changes to the website when there are so many things wrong?

I resolved that it matters less what the action is than that I take action. Any action.

And that I surround myself with other people taking action too. Getting on with things.

I would love to hear about your experience with overwhelm and what you have done to get over it. You can either leave a comment or email me Jane@snapdragonlife.com

At least once a year I used to get to the pint of overload and overwhelm but towards the end of last year I made some conscious decisions about some of the reasons why and this year I have felt much better because of it.
I unsubscribed from almost all outside influences like Twitter and Facebook groups and also had a really good clean-up on who I follow on my Instagram.
I power walk to clear my head and, like you, I make time for soft fascination at least once a day. This is one of my favourite things to do and I find it really calms and settles my brain.
I like your idea of calling the dreaded To-Do List a Priority List and I think I will change that starting next week.
I truly love finding your newsletter in my inbox and reading your blog, so pleased I found you.
Warm hug from Wales, Heike x

Thank you Heike - I am very much hoping that I will be able to recognise the warning signs and that incorporating a lot of intentional anti-overwhelm methods into my life like you will help prevent it happening again.
J xx

I am sitting here reading this and feeling a direct connect with my state of mind at the moment! I have done nothing today as I've sort of paralysed myself - cant even settle to read, just letting time pass in a state of unfocused agitation.
So what to do???
I have just gone through my diary and checked everything that needs to be is actually in there and not hurtling round my head like a piece of space junk on very weird and unpredictable orbit!
I have put on some washing and released the Hoover from the cobwebs concerning it!
I have made a priorities list.
I am sorting out the books by my bed so that I'm not overwhelmed by my tbr pile.
Small steps, but thank you for your post- ot has come at the perfect time for me!

Thanks for commenting Becky - I think that so many of us are feeling this way at the moment - probably because we seem to be powerless over things done in our names by politicians and big companies.
I hope you manage to pull yourself out of your overwhelm - much love, J xx

Hi Jane,
Thank you for articulating what so many of us feel. The part about “busyness” defining your worth struck a chord.
I

Hi Jane! You sure hit a cord with me! Overwhelm (with a capital O!) has been building for a while (in a stealth fashion!) but hit with full force the end of August. My work life was going to change drastically and I was massively overwhelmed! I am of the thought that when I get knocked down in life, I need to give myself time to play in that dirt I’m sitting in! I take time to process my emotions as I know if I don’t they will overwhelm me later. Today, the uncertainty about my work role is still the same, but my approach is much more positive (for me!). It isn’t always easy, but I try to focus on what I can do and not what I can’t. Thank you for providing some more tools to help me deal with overwhelm!

Thank you Trudie - I think that it is quite an overwhelming time for many of us - the feeling that things are beyond our influence; Much love,
Jane

Hi Jane - what a lovely way to think of it - playing in the dirt. good luck with dealing with your new work role;
J x

Love this Jane . I call it saturation but much prefer your description and how to take action . Will be taking a leaf out of your book . Thank you