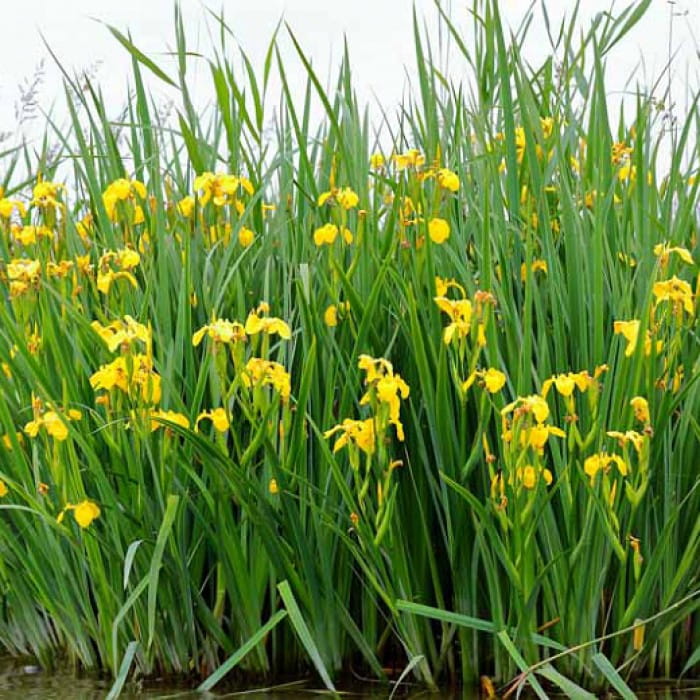 There are some dye stuffs that carry a little bit of legend with them, an inbuilt reminder of respect. Where we all happily pile on in collecting onion skins and picking nettles, we rightly hesitate when it involves digging up things.

Particularly native plants - we remember the Countryside Code and step aside - but always left with a little bit of wondering.

A long time ago, back when I was a costume historian, I read about how the roots of yellow flag iris (Iris pseudacorus) could give a black dye - I think initially it was in a history of tartans and tweeds and I've subsequently seen it alluded to in other Scottish dye books - and I have always had it on my list as something to try.

Indeed I'd talked about it to my friend Kat at Gartur Stitch Farm whose old vegetable beds were infested with flag iris, but somehow those conversations were always over a cup of coffee in her warm Studio and never quite made it to slipping around in the mud digging up roots.

Then, last month I stayed for a few nights at the garden designer Arne Maynard's house Allt y Bela where the gardeners were busy digging out flag iris from the stream that borders the drive. The iris clumps had outgrown their space and needed to go. I spotted a chance and struck up conversation, a conversation that was rewarded with a great clump to take home in a compost bag and experiment with. 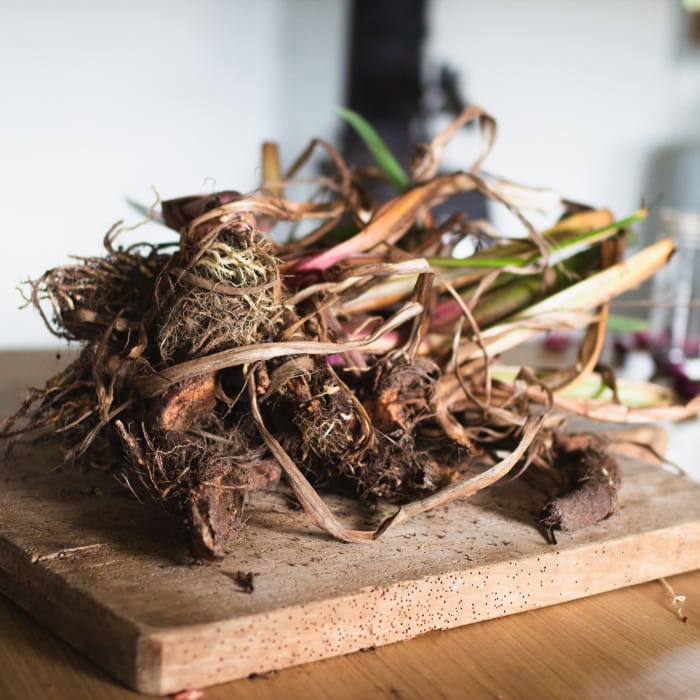 I cut off the leaves and the fine wiggly roots the the top of the crown and then rinsed and chopped the thicker roots - making them into chunks about an inch cubed.

I put the roots into a cheesecloth bag and then soaked the whole thing in a pan of water for a week. I was busy with other things so happy to have them just sitting on the hearth.

I very gently simmered them for a couple of hours, and then heated the water gently and allowed it to cool over the next few days. My hope was to get the dye chemicals out of the root as gently as possible. 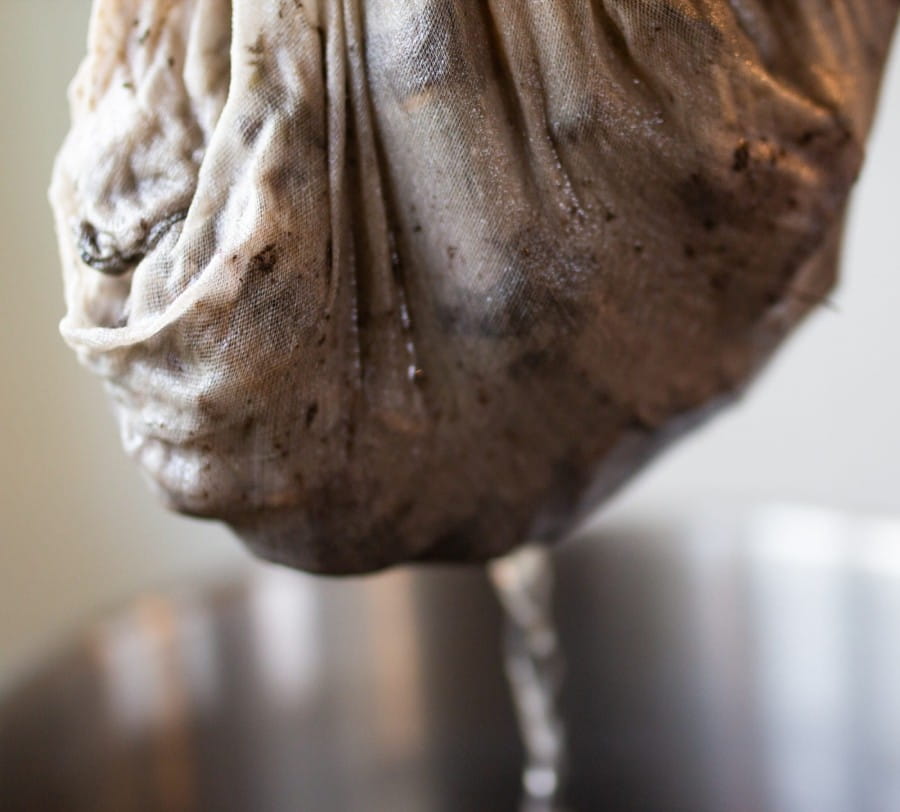 You can see that the liquid is really not obviously full of dye.

I added in a couple of pieces of linen which had been scoured and then mordanted with aluminium acetate. Left overnight it turned the palest of pale greys - you can see it as the top sample in my dye record book. The initial linen was a white so there is some colour change, but not much. 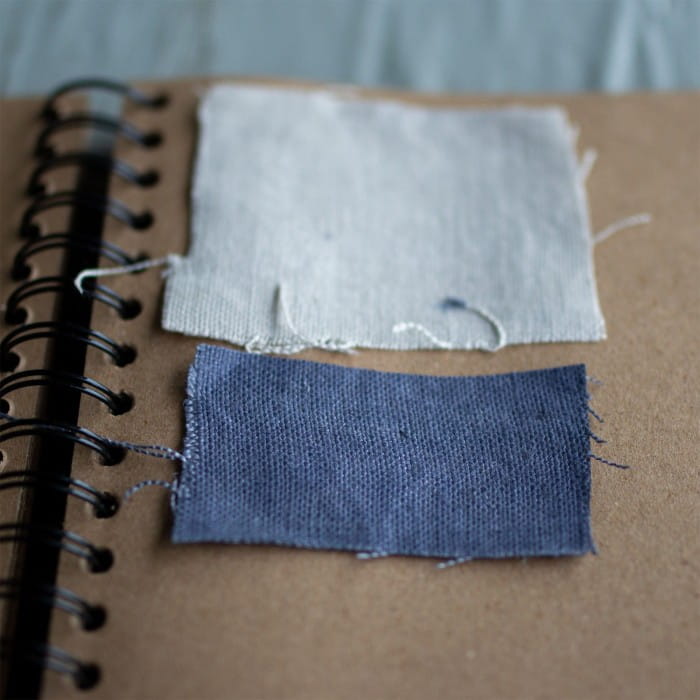 The magic. I rinsed the linen and put one piece into an iron solution - a small amount of iron crystals in water in a jar, less than 2%. After about ten to fifteen minutes it had changed to a beautiful dark purplish navy.

I am now doing light fast samples - it certainly seems to be wash fast. I shall report back.

I'm currently dyeing larger bits - not very big as I now have my pans indoors and I'm not a neat person, but big enough to make some embroidered buttons in cream on navy.

EDIT - over a period of six months in daylight the blue faded back to a mid/dark grey. 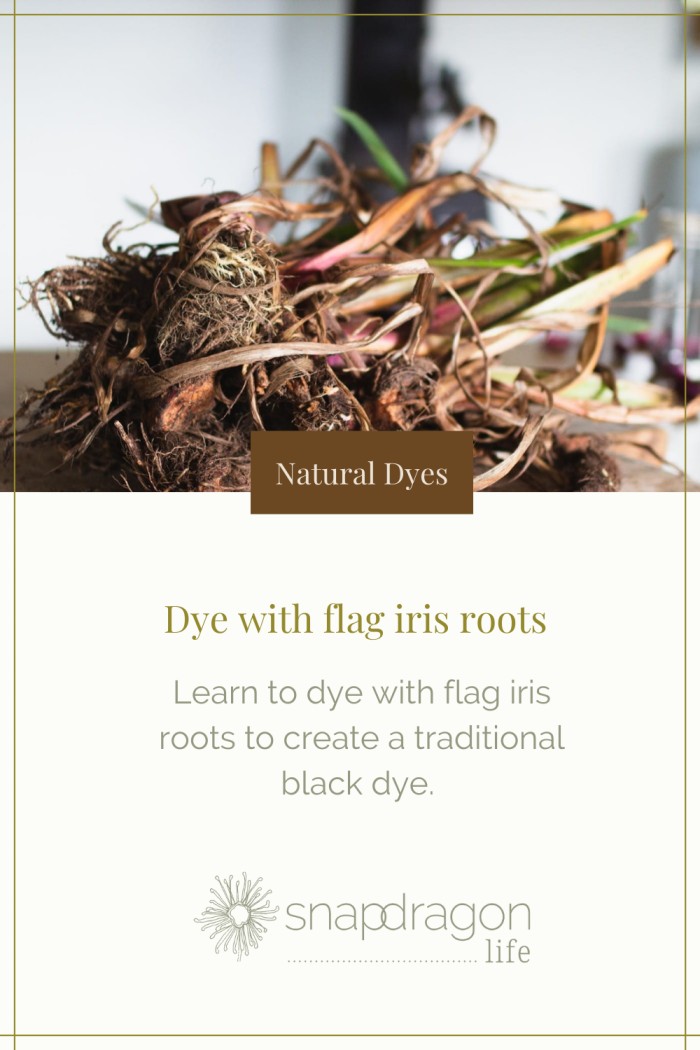 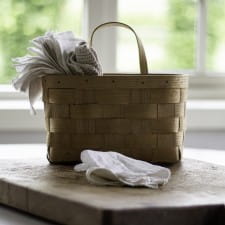 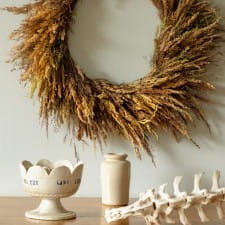 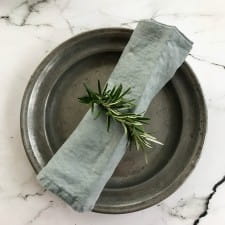