Home|Journal | Opening up the garden

Opening up the garden 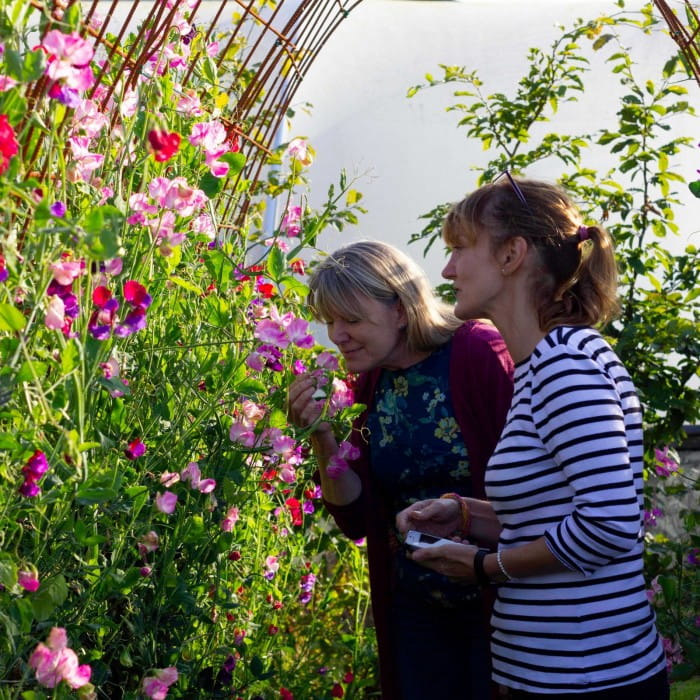 A couple of weeks ago we hosted a Snapdragon Studio Members Open Day. Members came and looked around the garden, ate cake, got to see the workshop and find out how we make things and took home flowers.

The sun shone, it was a beautiful day and I enjoyed meeting people and telling them about what we are doing here.

I loved it - I really loved connecting to people face to face.

But in the run up to it I had been really nervous - really, really nervous; on the point of cancelling nervous and I couldn't quite work out why.

And then I remembered another group of visitors - a group from long, long ago that I thought I had dismissed completely from my mind.

Back when I grew flowers commercially I was contacted by a Garden Society asking if they could come and see the garden. I said yes, I tidied up, I baked a cake, I got ready to welcome people and answer their questions. And on the day, the bus turned up and half the women decided not to even get off the bus, and with a couple of exceptions, the rest were sniffy and rude.

Instead of taking the chance to look around, to ask questions and take back some ideas for their own gardens they closed their minds and forgot their manners.

I was angry and hurt at the time but thought I had dismissed it all as stupid, snobbish. It was only now, when I began to wake up in the morning thinking 'what if everyone just drives away when they see we have weeds?' and 'maybe they will all just cancel their memberships' that I remembered those snooty women and I realised what I had been doing.

I had allowed my present day reactions to be effected by something that happened once, on a day many years ago.

I had been carrying a fear of showing anyone my garden and workshop just in case they were nasty. And, what is worse, I saw a pattern of my playing that out year after year after year - the pulling out of the Local Open Studios scheme, the saying no to garden photographers. The hiding things in case anyone laughed at something which is so precious to me. 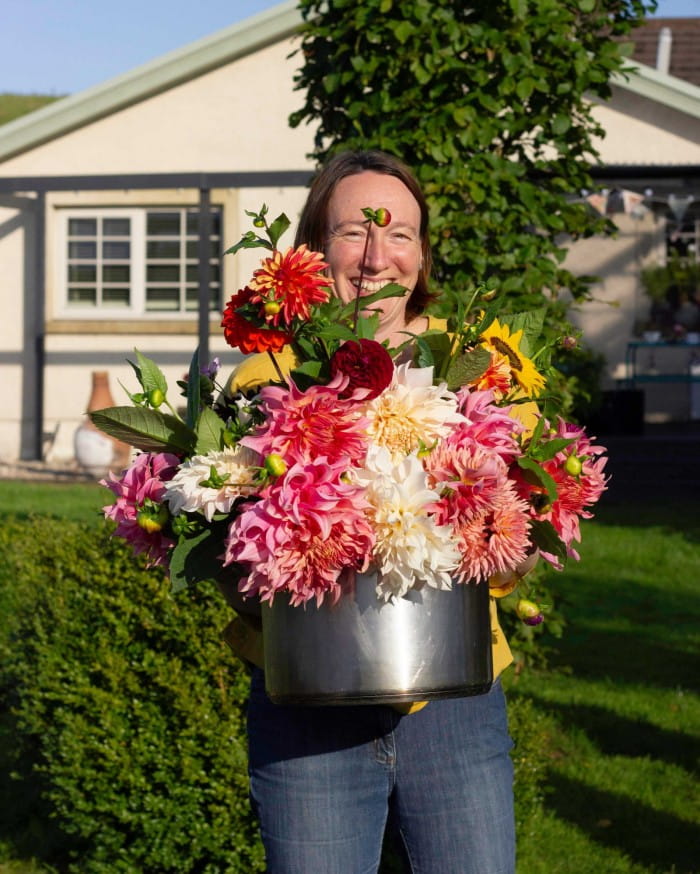 As is often the case, identifying the root of my behaviour went to along way to cure it. I remembered sitting in a workshop run by Sarah Raven in Edinburgh with the pompous women next to me discussing how much couch grass Christopher Lloyd had in the borders at Great Dixter 'How he can call himself a gardener I don't know'.

I laughed at that at the time and found it ridiculous - and yet I had allowed similarly stupid comments to diminish my joy in my (much weedier) garden.

And that was the problem - not the unmannered visitors - but my reaction to them.

I can't control the actions and words of other people but I can control my reactions to them.

My garden is a work in progress, the workshop is a working space, put together from odds and ends on a budget. We have weeds, we have lots of weeds, we have plants collapsed because my staking is terrible and others pecked to pieces by chickens. We have plantings that just didn't quite work out as I imagined, we have broken things and lots and lots of areas still being made.

Personally I love to see behind the scenes in places that aren't perfect - the gardens when I have been shown round out of season mean so much more to me than ones buffed up and shiny.

I loved showing people round and chatting to them so much that I decided to do much more of that next year - we will have a members' day again in the Spring when the tulips are blooming and we are looking into ways of doing little informal workshops - perhaps through Air BnB experiences which is now available outside cities.

I have stopped hiding. 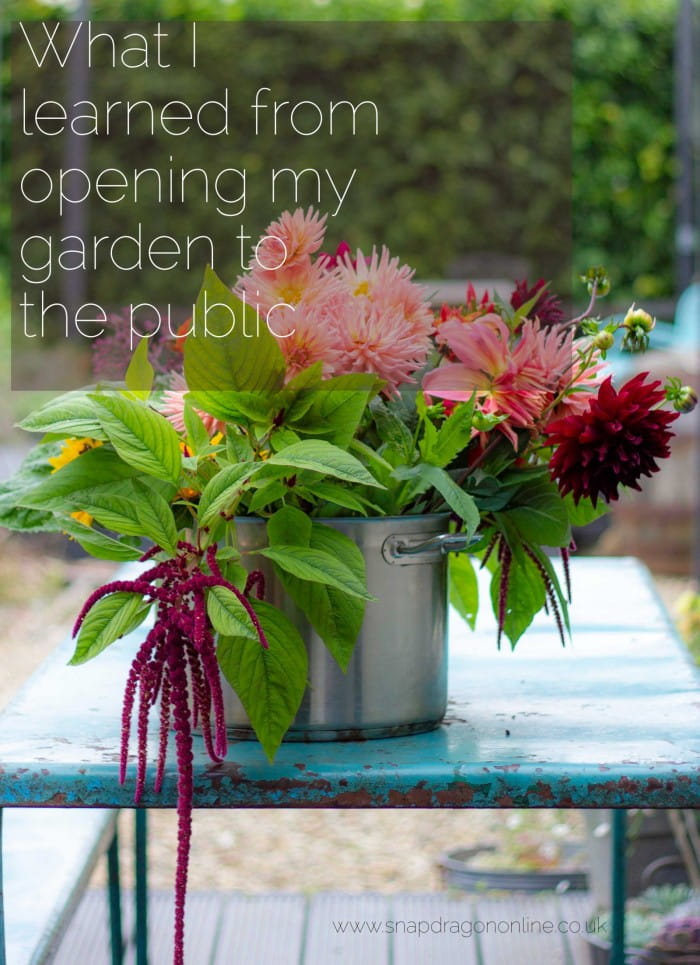 Funny you should say any of this as I am realising that I have been doing the same. You freeze up and stop doing things. If only these small minded and rude people could see the damage they do to themselves and others. When we are young looking ahead to this time of our lives I think we all believe that we will aquire a well of robust confidence, little knowing that we are quite vulnerable, but in a different way.

Your garden sounds familiar! With a couple of months of pneumonia this year, things got ahead of me.....but my garden also brought me some surprises as they worked it out all on their own. As a believer in garden fairies - Lavender is our key resident - I am thankful! Would love to come and visit, but am a long, long ways away. God bless you in your wonderful work. Love and peace to you, Carol Elaine

PS - As founding member of the Fingerlakes Tasha Tudor Society in NY State (USA) I know that although she loved to be attendant to her garden, she also realized the value of sometimes just letting some parts do their own thing. Take a look at some of her books. You would love them!